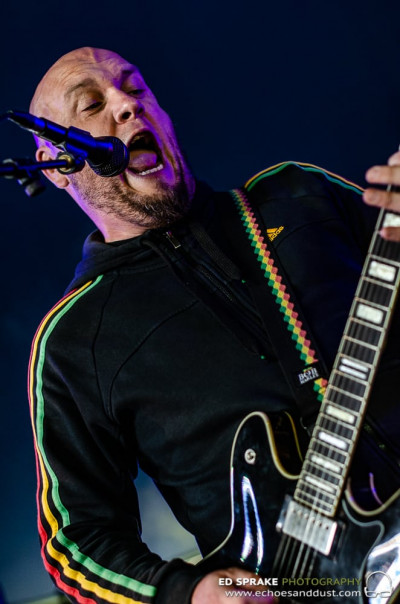 Boss Keloid, are a heavy, progressive, stoner-influenced band that’ve created a name for themselves with relentless touring and a blistering live show. This year seems them expand their line-up, adding keyboards and a new bass player, signing to Holy Roar Records and releasing their new record, Melted on the Inch. Jody Dunstan managed to grab a quick chat with Ste, Matt & Liam from the band after their Thursday set at ArcTanGent 2018.

Boss Keloid, are a heavy, progressive, stoner-influenced band that’ve created a name for themselves with relentless touring and a blistering live show. After two critically acclaimed albums, The Calming Influence of Teeth (2013) and Herb Your Enthusiasm (2016). This year seems them expand their line-up, adding keyboards and a new bass player, signing to Holy Roar Records and releasing their new record, Melted on the Inch.

Jody Dunstan managed to grab a quick chat with Ste, Matt & Liam from the band after their Thursday set at ArcTanGent 2018.

(((o))): I really enjoyed your live show. I did notice you have ‘expanded’ your sound, some extra guitar and keyboards. What’s driven that?

Well, nothing in particular, we’re given ourselves more options. Matt (Milne, Keyboards) has recently joined just before we recorded the last record, we’ve always wanted to try to add some keys, it just occurred naturally.

(((o))): Your new album, Melted on the Inch, has a different, more expanded sound, as well, right?

Yeah, we think so; we wanted to better ourselves from last time, that last album with pretty straightforward stoner. The last album did hint to a few of those sounds, the bit of eastern vibe and that really came out on the new one.

(((o))): So is that just how things have unfolded or is it a conscious change?
No, it’s just how things have come out, most of the material we write just comes from jams, we just start playing and then others join in with what they want. The rules are if it sounds good then it goes in, simple!

Yeah, totally, it’s a mixture of all of our influences, whatever we are listening to at the time naturally makes its way into the music. It’s hard when you ask because there really isn’t any conscious planning that goes into it. We just build on an idea until we are happy with the song and if we don’t like it we just delete it and go back to the start again.

Oh, yeah, there are plenty of those! Well, Paul (Swarbrick, vocals and guitar) is good for them but we can say that as he’s not here!

(((o))): Well, the reason I ask is you hear some bands on record and think ‘oh, that’s good’ and then see them live and it’s a whole different thing.

Ah, yeah, well that was super important, well felt like it was a grand idea with some of the sounds that we wanted, it was so important to capture that on record and replicate that live. We paid a lot of attention to that. We tried to capture the live performance.

In a lot of respects, I think that that one tops the original, no disrespect to Chris Fielding!! (Producer at Skyhammer Studios and bassist in Conan)

Yeah, I’m pretty sure I could take him!

But the reason, as you said, is it because it has the energy, when we’re jamming we’re all bouncing off each other in the room and you don’t really get that when you are building it track by track.

Totally, we do want it to be perfect, to ridiculous amounts which you would never get to. We’re about playing live and being caught in the moment of playing.

Sometimes it can be too perfect and you lose something.

(((o))): What keeps you guys motivated? What gets you up, bouncing round the stage every night?

Simply, a love for it, I don’t know what I’d do if I didn’t play music.

We all love music, and a variety of music and we bring that to the jam, we share that constantly and that definitely inspires the things that come out.

Baby Metal! (all laugh) Yeah, I think that’s the weirdest or at least most obscure!

(((o))): So, who are you looking forward to seeing this weekend at ATG?
Part Chimp, because them played in Skem (Skelmersdale for the non-locals) We were blown away that they played in Skem, I couldn’t make it that time because I was absolutely skint at the time, so I’ll finally have a chance to see them.

Shellac.I don’t know much about them but have heard a lot of good things (in the last six hours!)

He’ll make you cream with his sweet, sweet melodies!

He does make melodies out of nowhere that you don’t expect and transforms songs, he’s incredible. He released and amazing album in 2016 and another one in 2018.

Sure, well that was where I was going to go next, Holy Roar have put out some insane albums that are just all amazing. Svalbard, MØL, the new Conjurer album and Rolo Tomassi. 2018 for them has been great.

(((o))):  I do wonder where all the amazing, heavy and genre-blending music has come from.

Well, it’s great, isn’t it? Maybe because so many famous people died last year it left some kind of vacuum to them to fill.

(((o))): Well, on that philosophical point is a good time to end. Many thanks for your time and enjoy the rest of the festival. 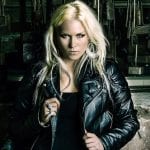 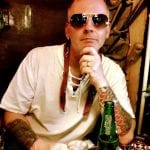