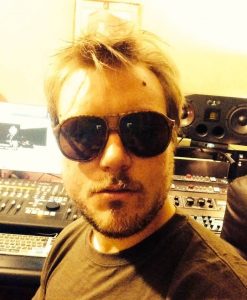 Hi, I am the owner, director and senior producer / engineer of Shaken Oak Studios, a residential recording studio in the Oxfordshire Cotswolds. I’ve had a professional career in music since 2009, and have played various instruments and composed music since early childhood.

While taking a history and languages degree I became increasingly involved in music and event promotion in London (part of the team that now form Original Content London), and was part of a team that organised festivals and other events. I also started to DJ on college radio and in clubs and produce electronic music. Since then my music has featured in short films, documentaries and radio plays, and theatrical productions the Edinburgh Fringe Festival, The Footlights Theatre in Cambridge and several productions in London.

My performing career has been long and varied, appearing with many ensembles of hugely varied genres; I have toured professionally in the UK and Europe, most notably with Crippled Black Phoenix (2014).

I’m mostly self-taught with regards music production, composition and sound engineering, preferring an unorthodox and idiosyncratic approach which has often been fruitful in the studio.

Although I have worked in many genres as musician and producer, I find myself commonly working in the realms of heavy rock, contemporary classical, folk, world music, electronica and jazz. 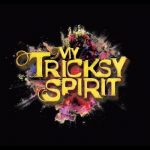 Fans of trip hop, dub and nu-hippie psychedelia will be well-pleased with this accessible East-meets-West release – but at times the unadventurous pop sensibilities and conventional lyrics seem to counter not complement the excellent musicianship and production.