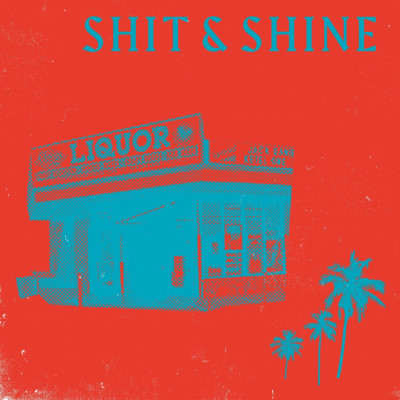 By my count Malibu Liquor Store is the third Shit & Shine album of 2020, the latest addition to a huge discography of broken dancefloor rhythms, wandering trains of thought and clumps of greasy noise. While you always sort of know what you’re getting yourself into with Shit & Shine, you can never be sure. This time around Craig Clouse is sat out back mixing up rum based cocktails of his own invention. Working by eye from a table of unlikely ingredients on a ‘Hillbilly Hurricane’, a home cook version of a New Orleans classic. It might be home made rum, come to think. The sticky artificial flavours, glowing acid red, seem to fight rather than mask the high alcohol content of raw edged spirits. After a couple it don’t matter anyway, I wish we had some of them paper umbrellas here, y’know? Fancy the place up a little.

The title track glitches into view folding 70’s cop show vibes into the erratic misfiring snares. There’s some chase scene piano jangle that keeps it moving forward past the head on collisions of drums. Broken up as it is, it grooves along, head nodding, and is definitely the type to end a sentence with ‘baby’. The eight numbers here all have different moods but they hang together, carried by a buried sense of motion. ‘Rat Snake’ is a bundle of rolling percussion loops that keep your interest among the random electro buzzing and spaced out guitar noodles. In the past Clouse has set about some violent rhythmic destructions, pulling dance music to pieces on the oily garage floor. These days he often builds intricate and eccentric little rhythm engines that drive his tracks. This is his deceptively simple recipe, beats that bring texture and colour but hold things together with a steady pulse, allowing him to pour abstract scatterings of mood and weirdness over the top.

Malibu Liquor Store is the second album I’ve reviewed this month with a liquor store on the front of it. In many ways it’s a very different beast to Black Mekon’s Lumpiness Of Demand, but what they share beneath their cover art is a devotion to rhythm and noise, to the texture of sound. Neither of them are content to use the same beats or sounds when the possibilities are so many, why would you? The point the two are closest here is on recent single ‘Devil’s Backbone’ a demented, overloading, couple of minutes that shotguns the riff from The Cramps’ ‘Hot Pearl Snatch’ through a jet engine with a wild grin. Somehow it’s also the most Shit & Shine track on the album, whatever that might mean.

On his other 2020 records Clouse has leaned into the sludge rock for Goat Yelling Like A Man and the twisted experimental disco on Scenic Farm. This one well, look, I know this seems a wild idea but this is kind of Shit & Shine’s cocktail lounge exotica record. The burbling vocal samples have been all but scrubbed away and snatches of TV incidentals and thrift store mood music rest easy in their chair. ‘Chervette’ has a flute loop and melting cheesy strings, ‘Cream Tea’ potters into supernatural west country intrigue or a murder in the flowerbeds of a rural idyll. Probable amateur sleuthing in tweed. You could put this one on in the background without any worry about your guests being assaulted by an actual goat screaming like a man or the furious tirade of ‘Shut Fuck Mountain’. Not that I tend to worry about such things that much.

It’s not all that laid back of course ‘Hillbilly Moonshine’ is an epic, unswerving grind with a dash of ‘Love Missile F1-11’ in its wobble. ‘Sheriff of Yates Hill’ delightfully plays off some vaguely Underworld electronics against spiraling palm wine guitar to winning effect. Second drunkest in the infants, if you will. There is a liquor soaked quality to it all I suppose, but it’s a pleasing glow through the bottom of the glass. The lounge music feel is strong again on the closing ‘Barbara and Woodrow’ which is the sound of cocktail jazz on the wrong end of a pretty heavy happy hour. There’s plenty of chaos and confusion here still but it might be the brightest and breeziest Shit & Shine have ever sounded and it’s a pretty fine way to be sitting out a lockdown if nothing else. 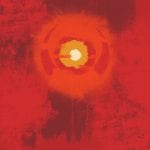