(((O))) Review: Hellripper – The Affair of the Poisons 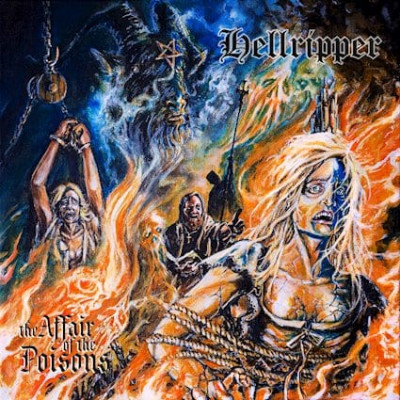 The Affair of the Poisons by Hellripper

Black metal has a reputation as a very serious, dark, brooding genre of evil music that only the trvly kvlt will dare to enjoy. Thank goodness, then, for musicians like Scotland’s Hellripper, who completely shatter that reputation. On the third studio album, The Affair of the Poisons, Hellripper delivers fans new and old a black metal record of the truly old-school variety: breakneck riffs delivered in a style that’s as theatric as it silly, and yet engagingly fun to blast from the speakers.

And I really do mean blast from the speakers. This is not an album for headphones, unless you’re plugging them into a Sony Walkman circa 1986. Because that’s really when this album came from: The Affair of the Poisons is the heavier end of the kind of metal you’d hear screaming from teenagers’ record players at the height of the Satanic Panic. It’s the kind of music your parents ask you through gritted teeth to turn down so they can hear themselves think – so you turn it up louder (all the way to 11). It’s black metal in all its filthy, thrashy glory.

Black metal has evolved considerably as a genre since the 80s, but apparently nobody’s told Hellripper – and nor should they. The moniker of one man, James McBain, Hellripper takes its sonic inspiration from the early black, thrash, and death metal scene of the 80s, and distils it into its purest essence for 21st Century audiences to enjoy. This isn’t your run-of-the-mill second-wave worship, nor is it third-wave atmospheric frostbitten bleakness. This is pure first-wave mayhem – and better than anything Mayhem themselves have put out. Imagine giving someone only the best of Venom, Motörhead, and Slayer to listen to from infancy and then letting them loose in a recording studio. Drape it in a blood-soaked Hammer Horror B-movie aesthetic and you’ve got the essence of Hellripper.

It’s exactly as fun as it sounds. Every riff is delivered at breakneck speed, but the album’s best are those on ‘Beyond the Convent Walls’, ‘Savage Blasphemy’ and those that open lead single ‘Spectres of the Blood-Moon Sabbath’. Across the whole album, but most notable on ‘Vampire’s Grave,’ is a real Motörhead-esque rock ‘n’ roll swagger: bands like Airbourne come close to matching it, but only McBain manages to channel that infectious, effortless cool that Lemmy and co exuded.

The most impressive aspect of Hellripper is that the whole thing is just one guy. Barring occasional guest spots from his live musicians, McBain did everything bar mastering the album (credit to Brad Boatright) and drawing the artwork (which comes courtesy of Skaðvaldur). He mixed the album himself, and pulled it off perfectly. There isn’t a hair out of place, save maybe for making the bass a tad more prominent in the mix. None of the tracks feel too long, too short, or in the wrong place on the album. His is the furious drumming, his are the punishing riffs and phenomenal shredding that occurs on tracks like ‘Beyond the Convent Walls’, his are the demonic howls that deliver lyrics inspired by HMV’s horror section bargain bin.

That last might come off as snooty, but between the artwork, OTT-theatric song titles like ‘Blood Orgy of the She-Devils’, and lyrics like “The storming of the terror-ridden mountain of doom/Let the black magick ritual commence/Licked by the flames as they dance in the gloom/The sisters of night join in trance” from ‘Hexennacht’, it’s clear how seriously McBain doesn’t take himself. He is obviously having as much fun as his listeners in schlock-horror territory. He both loves the genres he’s playing in, knows how ridiculous they are, and so presents them to the listener with a cheeky wink that lets us all in on the joke.

That’s not to say he’s immature at all – far from it, in fact. The Affair of the Poisons is definitely a more assured album than its predecessors. The music is more focussed and less sprawling than it is on Coagulating Darkness, for example, and McBain has eschewed some of the more juvenile edgelord lyrics of songs like ‘Nunfucking Armageddon 666’ in favour of more lurid flights of demonic horror-fantasy. I say fantasy – the titular Affair did in fact happen. 36 prominent courtiers of Louis XIV were tried, convicted, and executed for witchcraft in the late 1600s. I’ll let curious readers find out more in their own time, but suffice it to say, it was a lot nastier than its delicate title might otherwise indicate – perfect fodder, in other words, for a horror-filled black metal album. The only real problem is that the album rips along so quickly it’s over before you’ve had a chance to fully digest it. But that’s OK because you’ll immediately be reaching to press play again. If tape players were still commonplace, this album would be wearing them out in no time.

Demonstrating incredible musicianship across the board, and a lyrical maturity that can only keep improving, Hellripper has crafted a loving ode to his influences on The Affair of the Poisons. Delivered with tongue firmly in cheek, it’s a B-movie horror fest rife with breakneck black metal riffs which will decimate speaker stacks, terrify any “responsible” parent, and delight fans of all ages. 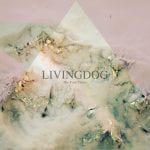 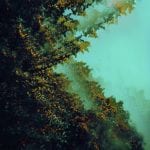 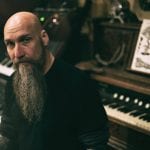 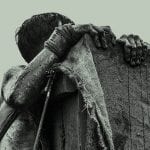