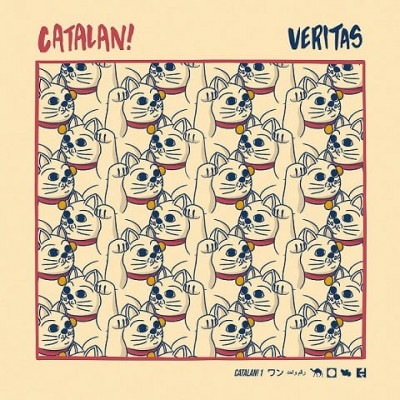 What a world we live in today. The onslaught of media focus on disaster after disaster and society’s extreme way of processing everything would put your head astray. So I turn to music to lift the gloom and try to escape from all the madness. Before the hellish pandemic struck us all into lockdown mode, you could freely travel the world. After years of touring hard with his former band Axis Of, Ewen Friers took some time to reflect and now we have the debut album Veritas, from CATALAN! to raise our spirits and help us try to make sense of environmental catastrophes and the deluge of social media that usurps our every movement.

I have only met Ewen Friers once in all my years of being part of the Belfast scene. Back in the glory days when there was actually more than about two venues to play in, I had a pre-gig smoke outside the Limelight with a very young Friers. He wanted to follow in his big brother Rory’s footsteps and start his own band. Subsequently our paths diverged, Ewen released two stellar albums with Axis Of and when I heard about this solo project I was very intrigued. Combining being a trained tour guide for my favourite part of the world (Ireland’s North Coast) and also being a touring crew member for other bands, Ewen has seen a lot of the world. It would also appear that the man is bursting with intelligence and his lyrical dexterity has always been something to admire.

So what does CATALAN! actually sound like? Well, there are elements of a whole host of genres, indie, post-rock, post-punk, dance, world music, folk, all wrapped up though in a totally unique way. Quite simply, I don’t know any other artist/band who sounds like this. Vocalising in his own wondrous accent, the pronunciation of words throughout may confuse some people, but that adds to the charm. The stream of consciousness approach to the lyrics confuses the hell out of me for the most part, but the references that I can get leave me in no doubt as to the power of the message in this album.

Leading the charge is choppy opener ‘Roussillon Serenade’, Ewen ranting about Facebook, Twitter, Amazon, destruction before howling the question “how the fuck am I even writing this?”. Manic, but glorious. Then there’s ‘Oka’, the song that got me seriously intrigued with Ewen’s new project. From the beautiful guitars that glide and slide like a modern day Big Country, Ewen effortlessly combines post rock and folk before hopping into a punk/funk switch-up resplendent with mathy guitar flourishes (Rory would be thrilled with them). The harmonised voices that arch and rise are sublime and euphoric and the whole thing is gloriously uplifting and impossible not to bop along to. There is so much going on that even after dozens of listens, I still hear new sounds with the depth of layers.

‘Single Source’ features a myriad of voices layered up over a shimmering salsa type beat with interjected raps namechecking Bruce Springsteen. When the song breaks into a tenderly sung interlude Ewen will snap your heart with the aching melancholy in his voice. The song then erupts into a seismic blast of guitars that echoes the metallic charge of ASIWYFA. Having spent so many years around that band, it would be nigh on impossible not to be infiltrated!

The first spoken word track ‘Vegetables of History’ sets out a clear agenda with an opening line “the people are revolting…” as it continues to reference various foods from Ewen’s worldy travels. ‘Ungoogleable’ is a savagely funky ditty with a powerful beat and fuzzy bass, Ewen’s vocals are snotty and zesty as he lays waste to modern (lazy) means of finding out information and “Twitter’s latest Jacobite”. The lively percussion on ‘Seven Beans’ fused with sassy chicken grease guitar finds Ewen switching between soaring vocals and exasperated yelps about troubles while travelling.

The bone crunching bass, drums and squelching noises that make up ‘Alive’ are joyous and it swings along like a mammoth’s bollocks. Ewen barks “Alive, Alive, Alive, Alive, Alive” and if you aren’t pogoing along you are officially dead. It truly does sound like Prince tackling post-punk and I fucking love it. The guitar line that loops through ‘Cornelius’ is a sneaky wee earworm that twists round your head for days and the guitars are just excellent and scorching throughout. This track alludes the most to the agitated punk of his previous band.

Try keeping up with ‘Gare’ and the rapid-fire delivery in that marvellous North Coast dialect. The couplets in there are stupendous, “…sit and shit and refresh google”, “…Tweets the turf man of Glenstocky(?)”, “slabbering ‘til their face is purple, Donny, Boris and Angela Merkel”. The turn of phrase throughout and swiftness of delivery is breath taking and although I struggled to capture every reference (Ewen is clearly better read than I in certain areas) the track is immensely enjoyable. The final lines need to be heard in real time but the couplet at the end raises a smile every time. “We live for the blogging, the art and the travel, even when we land arse first on the gravel”.

So far the album has been of a very high quality, bar raised high it had to dip somewhere and for me it starts with ’Solastalgia’, a twitchy cymbal bashing oddity that these ears found a little clumpy and awkward. If ‘Turbary’ had been positioned elsewhere instead of right after ‘Solastalgia’, I might be more receptive to it, but the two songs are too alike and have the same ingredients that don’t quite agree with me.

Thankfully, dip skipped over, the clear winner in the crossover stakes is the gorgeous ‘Fortune’, a gleefully addictive poptastic chorus that will stick with you forever. When those sublime guitars kick in, you will be lifted off your feet for a swirl around the room, legs kicking in the air like a possessed Lord of the Dance. I do prefer it when Ewen lets the tempo pick up, some tracks feel like they are being held back and ‘Espionage’ refuses to let rip until halfway through when some gargantuan bass propels the song to an altogether better place. The soaring vocals reign joy all over proceedings and all is well again as Big Country get another wee nod.

Album closer ‘There Are Bands’ is something of a freakish track with robotic vocals and off kilter guitar feedback. As the song winds along throbbing bass underpins an incessant groove and the vocals are layered up into a whole gang of Ewens. Breaking into a carnival of percussion you’re left with a feeling akin to the party on the last night of a great holiday. You don’t really want the trip to come to an end, but at least with Veritas, you can just give it another spin.

I need to admit that there is a certain bias from me towards CATALAN! and Ewen Friers. The guy always gave me the impression that his music and his art really is his whole world. The passion in his recorded output to date as well as his stage presence backs that notion to the hilt. Everything he does is imbued with detail and precision and his lyrics have always belied his years on the planet. Good souls are hard to come by in this world and the will to spread joy and encourage people to broaden their horizons really comes through in this music. The place Ewen calls home is also somewhere dear to my heart I think this adds to how I feel about the music, you can sense the marvellous scenery of the area in every note. This album is vibrant, joyful and utterly brilliant, it truly makes me feel alive, alive, alive, alive, alive! 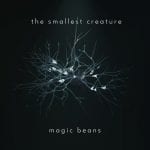 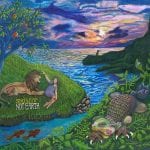 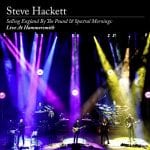