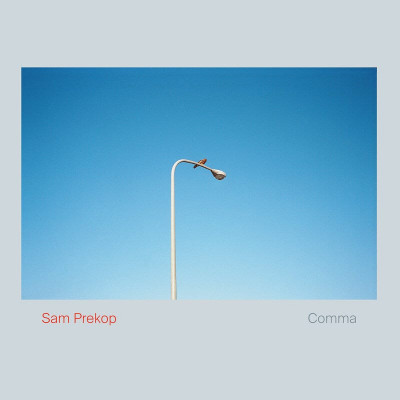 Those familiar with Sam Prekop know him as one of the linchpins in the Chicago’s masterful jazz/pop band The Sea and Cake, or as a solo artist. Over his four previous solo outings, Prekop has mainly remained in the same vein as his main band only on his first two albums. With Old Punch Card from 2010, he has decided to usher a new sound with a new decade – experimental electronica. With his latest, Comma, he adds a bit of a twist to Old Punch Card and The Republic -electronic exotica in the vein of Mike Cooper, one of the masters of the genre.

But instead of strictly following somebody else’s footsteps, Prekop has enough personal imagination to take his own course, building on the sound he has already built himself as a solo artist and also as part of The Sea and Cake, no matter how improbable that might seem to some. After all, the band itself was never shying away to include electronic elements into their music. Here, with say, ‘September Remember,’ you get the feeling that you just might be listening to Sea and Cake instrumental.

Elsewhere on the album, Prekop gently weaves in strands of exotica into his modulated electronics, with the introductory ‘Park Line’ setting the tone and ‘The New Last’ sounding like a flickering moment of late afternoon sunlight. And, ’Summer Places’ just simply speaks for itself. Throughout, there’s not a jarring moment in sight, Prekop making a true example of how gentle electronic music should sound without ever even reaching the border of monotony.

Sure, Comma might be an all-electronic affair, but Prekop at no point loses that jazzy/bossa nova feel, or whatever you want to call it. Or you can simply just call it excellent music.