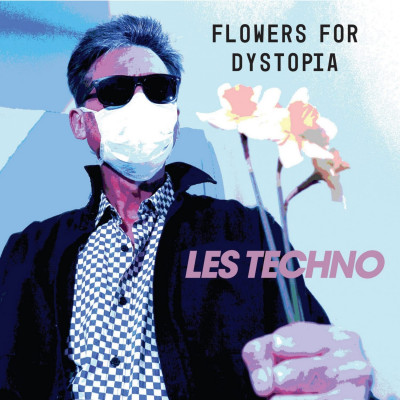 Flowers For Dystopia by Les Techno

Ok, how many clues does this guy have to drop to make sure you realize he has his tongue firmly in his cheek? In a very serious way at that. Les Techno? Flowers For Dystopia? The album cover? Put all together, it sounds like a perfect recipe for disaster, unless, of course, you don’t substantiate that double entendre with some seriously good techno. Pop techno at that, with tongue in cheek lyrics, of course.

Some very lofty goals to reach, but Les (Pop) Techno disperses any dose of skepticism from the get-go of this album with ease. First of all, this guy from New York has the history of electro-pop, particularly its British version in his small finger – Bowie, Gary Numan, Depeche Mode, you name it. Musically, he doesn’t end his palette there. He adds all the best of the late seventies/early to mid-eighties to the mix – Psychedelic Furs, Echo & The Bunnymen. And as somebody who started out playing in punk bands, he is able to bring in some obvious (good references) to The Clash too (‘Guilty Pleasure’).

As a seasoned producer (Run-DMC, Mobb Deep, Red Hot Chilli Peppers remix, etc.), Techno is able to transform a possible musical period piece into something perfectly suitable for this day and age (‘Eye on You’, for example) without losing the essential feel he is trying to recreate. Yet, the thing would certainly fall apart if he wasn’t able to support his main (dystopian) idea with some at least decent lyrics like those for the album’s title track, which are a bit more than decent.

Without taking even a cursory listen, some would dismiss Les Techno’s Flowers For Dystopia as a failed joke. But then, the joke would be on them. 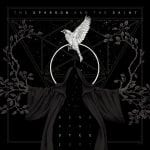