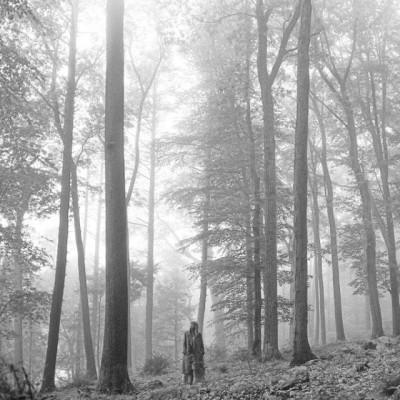 OK, let’s get one thing straight. What the world probably doesn’t need right now is some mid 40’s white male once again writing a “think piece” about a pop star, even when that said star happens to be Taylor Swift. But hey, I’ll wear my heart on my sleeve for once though and openly admit that I think Taylor Swift is one of the greatest artists in popular culture and beyond. Towering miles above her so called peers, here is an artist who has moved from country music, through all out pop, then into a more experimental edge, without once bowing down to the trends or demands of the music industry. In fact, she has usually instigated those changes.

Through all this we now suddenly get her lockdown album, Folklore, and once again a complete about face with her music. Made in conjunction with Aaron Dessner of The National, and also featuring Bon Iver on ‘Exile’, Taylor has cast aside the ready for stadium hits and crafted an album which focuses on her song-writing, a side of her which is perhaps not recognised as much as everything else about her. It’s often easy to forget that we are dealing with a young girl who took on Nashville and conquered the country world and you don’t get to do that unless you have a special knack at telling a story in your song. That’s what Folklore harks back too, albeit this time we are on her country home porch as the fireflies scatter and the “skeeters” chirrup, with Taylor presenting each track as a hushed story. You can almost smell the warmth of the cardigan that she is wrapped up in.

Of course, a lot of attention has been drawn to the surprise aspect of the release and it is quite ironic that news outlets don’t quite get the sheer publicity and marketing skills of a moment like this. Evoking past campaigns, where an album would be trailed for weeks with coded messages for the fans, by having the album drop just like that removes the anticipation, but causes an almighty stir. For proof, one only has to take a look at Twitter and see that outpourings of love from her army of “Swifties”. Each one remarking on how great the album is, and making top ten lists of their favourite songs on it (yes, the album is over-long and could maybe be shorn of 2 or 3 songs but that’s not a first with her). If any record executive is still blind to the power of an adoring fan-base, then they may want to check out the stir caused by Folklore. Then the critic weighed in, almost unanimous in their verdict. Taylor Swift had come of age and released her greatest album.

Are the critics right in their verdict? Well, obviously music is subjective but for anyone who cares, I personally think it’s her best work. Yes, better than 1989 which for me is one of the best pop albums since… well, forever. There’s a beautiful sparseness to the music which is accentuated by the wonderful orchestration which you would expect from The National. These only serve to highlight the true wonder of this record which are the lyrics. Enveloped in her wonderful turn of phrase, Taylor presents songs as stories and each one encompasses a new feeling, hope or dream. There has always been an archness to her vocals but it’s in the way she puts phrases together which sets her apart from all of her peers. Perhaps the perfect track on the album to note this is the gorgeous ‘august’, although for a more direct approach check out ‘the last great american dynasty’ where she revels in past icons. What she perhaps doesn’t realise is that by doing so, she has become one herself. She has always stated an admiration for Bruce Springsteen and with Folklore she seems to shoot right for that point where storytelling broaches American mythology which Springsteen does so well. It’s that moment when Miss Americana grows up.

It’s worth casting a light back on the Miss Americana documentary as it provided a path in to an intensely private world. Whilst Taylor Swift as star is emblazoned on every magazine cover across the world, the one shown in the documentary is one of a driven, intelligent woman completely in charge of every move that is made in her career, but also one of a young woman intensely devoted to her art-form. The moments where she is in the recording studio trying out lyrics stand out as ones where you gain this insight into the workings of a real songwriter. The songs may eventually end up parading a cinematic video much like her single ‘The Man’ but first and foremost is a finely crafted song. Intimate shots of her writing songs on her piano are a stark contrast to the bombastic stadium shows. Of course, those huge hits are why we love Taylor in the first place and can’t resist throwing shapes to ‘Shake It Off’. Now we get another reason to love her and that’s through that intimacy thrown into stark relief on Folklore. It’s an album of warmth and hushed tones evoking tender thoughts of homeliness no doubt brought on by the circumstances that led to her recording it.

So maybe not quite a review or even a think piece, this bit of writing is perhaps an appreciation of an artist who continues to surprise with each release. Who knows where she may head next, but let’s just sit with Folklore for a while as it’s an album full of contemplation and its at times slow-burning depths promise a deeper understanding of Taylor Swift as song-writer. Folklore is an album which sets her up on the pantheon of greats alongside those artists she grew up revering, and shows the world that behind all the perfectly honed media tuned industry of Taylor Swift is an artist. 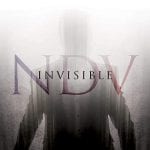 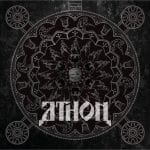