(((O))) Review: Mark Lanegan Band and IYEARA – Another Knock at the Door 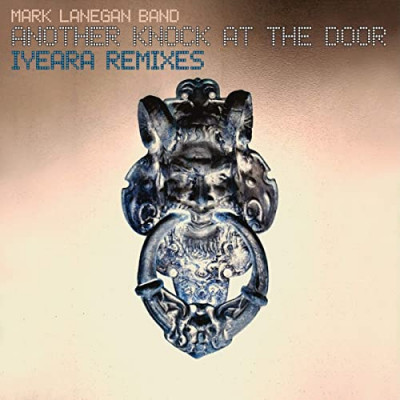 Another Knock At The Door by Mark Lanegan Band & IYEARA

I suppose it’s as good an indication of any that Mark Lanegan’s current prolific nature is such that Another Knock On The Door is a remix of his album before last. Unlike previous reworkings where a host of artists were given individual tracks to apply their thoughts, Mark has handed the entire album over to IYEARA, a trio comprising members of Frank’s Daughter, Tape the Radio and previous Lanegan collaborators The Duke Spirit. Having now Googled “what is Darkwave?” and still being largely none the wiser given that the definition and examples change on any given site, it’s probably best to just sit back, open the ears and the mind and just soak it in.

Given that the sole concession for this collection is to stick with the running order, opener ‘Disbelief Suspension’ starts off in very uncompromising circumstances. Like much/most of this record, Mark’s voice is one of very few elements left standing from the original, and he comes in here almost completely unaccompanied; his tones far more irascible and confrontational than before, then the electronics begin in earnest and the “ah, that’s what Darkwave is!” revelations kick in and the track morphs again and again, using the vocal phrasing to dictate the beat.

It’s this use of Lanegan’s voice almost as percussion which gives Another Knock… its unique personality. Tracks as relatively originally straightforward as ‘Letter Never Sent’ or ‘Stitch it Up’ are transformed into pulsing Gothic Pop pieces almost entirely unrecognizable from their previous incarnations.  And yes, I said the P word there. Contained several times during this album are tracks which would happily have graced the ToTP stages during that strange 1980s period where there was lots of gloomy introspection going on but the BBC insisted on lots of balloons anyway. ‘Penthouse High’ is a great example of this, an already really good song given a new ascendancy here and a general Heaven 17 vibe (added Pavement? One for the older readers there) bringing a genuinely whole new way to listen to Mark Lanegan.

Usually with this sort of thing, my stock take on remix records is “well, my favourites here are the ones that were my favourites on the original”, but that’s not necessarily the case here. The early triptych of ‘Night Flight to Kabul’, ‘Dark Disco Jag’ and ‘Gazing From The Shore’ certainly bring similar joy albeit circumstances; a random mention of my 80s touchstones for these three would include the Human League, Killing Joke and Joe Jackson’s ‘Steppin’ Out’. But heading further out into the album, there are things lurking in songs that didn’t originally grab me as much as others. ‘Playing Nero’ is presented here as a series of glorious, gloomy tides before its ecstatic crescendo, ‘War Horse’ brings in The Duke Spirit’s Liela Moss to initially complement and then replace Lanegan’s lines to help transform the Phantom Radio-esque stroll into malevolent trip-hop, and ‘Name and Number’ strips out the convivial Bunnymen vibe and replaces it with, well, several things all at once. Your senses won’t really know what’s going on, but they’ll certainly thank you.

Another Knock At The Door is most definitely a surprise. It’s entirely possible that those who didn’t immediately take to Somebody’s Knocking will absolutely love this, just as it’s possible that those who loved the original might not embrace this. The two records are that notably different. My view on it is that each project brings something to the other to bring elements to light that weren’t immediately apparent to me before. And more importantly, the mixture of familiarity and sheer out-there reinvention during a time where me wanting to listen to anything new (or anything at all) during this trying year is something wonderful in itself. This is something I’d urge anyone and everyone to play, and play loud.