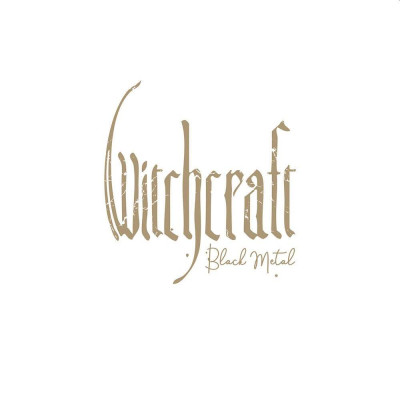 Swedish doom-mongers Witchcraft have been on the scene for a good twenty years. Starting out to make a tribute to Pentagram complete with vintage equipment and suitably retro sound. With a variety of members over the years, vocalist and guitarist Magnus Pelander being the only constant member. In 2012 the band were signed to Nuclear Blast Records, with a new line-up and Pelander switching to vocals only, they recorded Legend, which saw the band take a far more energetic and boisterous sound and some well deserved commercial success, however at a cost to their original fan base. In 2016 the band released Nucleus, which saw the band re-embrace some of the vintage sound, albeit with modern production values. This achieved some critical acclaim, but less of a commercial hit. 2020 saw the band make another complete change of sound Black Metal is minimalist, to say the least, featuring just Pelander and an acoustic guitar.

Listening to Black Metal almost feels intrusive at times, initially it can sound a bit one dimensional and well, depressing, but further listens reveal the record to be what it is, one man and a guitar and a few stories. With only a guitar and a voice to use it is a challenge to add much in the way of variety but Pelander uses pace to a great effect. The album opens with ‘Elegantly Expression Depression’, the track is desolate and sparse, as with previous records Pelander’s vocals shine and the picked nylon-stringed acoustic provide a melodic and rhythmic backing. The song feels intensely personal and although melancholic it’s not without beauty. ‘A Boy and a Girl’ is a short, almost an interlude, it is slower paced and the guitar is minimal but again Pelander’s voice carries it well.

‘Sad People’ is a classic lament, slow and minimal enough for you to be able to hear him take a breath and the resonance of his guitar. ‘Grow’, a much longer track, starts with a little more pace, but varies as the song progresses and the story unfolds. It is restrained, it feels in places that it might explode into something else but it is patient and understated. The best song on the album is probably ‘Free Country’, Pelander mixes between full fingerpick to just picking every few words, letting the guitar ring out and then allowing the vocals to carry the melody and harmony.

The penultimate track ‘Sad Dog’ is exactly as the title suggests, another slow lament and for the first time on the album, another instrument creeps in, just a few seconds of a xylophone-type instrument to add a sprinkle of melody. Ending the record is ‘Don’t Take Him Away’, another slow and sparse affair, punctuated with a few bars that far more positive and upbeat, considering the rest of the album these sections come as a bit of a surprise.

The album is wonderfully recorded, there are not many places to hide with only a nylon string guitar and vocals but the warmth comes across and it’s very intimate. The flip side of this is there is not much variety, it is however a short album (at a shade over 30 mins) and is best enjoyed with headphones and a comfy spot, that way the air and space can be appreciated and on traditional speakers it can sound a little flat. Might not be one for everyone as it is very different from the bands previous work, however, it is an interesting and very personal peek into Magnus Pelander’s soul.