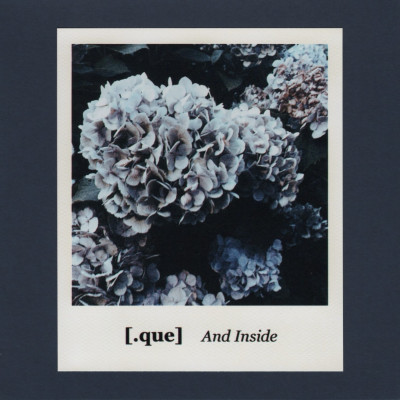 And Inside by [.que]

Specialized labels really need some special artists and style to find their place in the music world, even if it is in the niche where only devoted fans venture. Sound in Silence is one such label, and ardent fans of all things ambient are probably aware of it. That is if they can get their hands on one of their limited-edition handmade releases, usually released in the editions of a few hundred copies.

Nao Kakimoto, aka [.que] obviously fits into their profile, as his latest album And Inside follows Wonderland, his previous release for the label from 2017. Don’t bother looking for a copy of that one, as the label claims it is sold out.

Based on his new album, And Inside, will probably go the way of the first one. And frankly, it should. In many ways, it is atypical for what goes as ambient music ‘standard’ these days. That is if you exclude the ambient excursions of one Vini Reilly, aka The Durutti Column.

Actually, the moment introductory ‘Return’ sets in, some might think it is one of those poignant Reilley tracks that got lost on a forgotten studio tape. But then as Reilly, Kakimoto simply wonders off into other directions, mostly concentrating on his (very good) acoustic piano playing, embellished with electronic backing, like on ‘Divagate’. In many ways, it brings back to memory the now almost forgotten 90’s genre folktronica.

Whatever you call it, [.que] knows exactly what he’s doing and what kind of emotional setting he is trying to create with his music. The whole album plays like a set of mellow late-night mind-movies. And Inside is essentially what you get. A good fuzzy feeling.