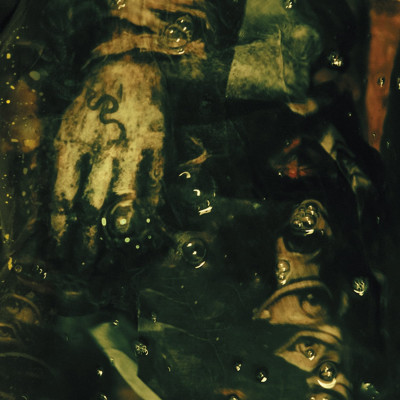 Suggested to me by our own, Sam Birkett, this new album, Mestarin Kynsi from Finnish band Oranssi Pazuzu challenged my taste in music and rewarded my exploration. Whilst anything in the kind of black or death metal vocal range usually sounds like absolute shit to me, for some reason on this album the vocals don’t preclude me from thinking that it’s a really excellent album, perhaps it’s cause I don’t understand anything being said or that the more I try to listen for the accent, the more the style seems less preposterous, in any case they fit really well.

The best way to describe this album is to say that it’s utterly singular. Its sound is indicative of a group of real music fans whose taste sprawl across genre boundaries and eschew definition. It has its roots in metal but, is far more similar to psyche or prog in its structures. There is absolutely a malevolent energy persisting through everything which is exactly what music post-2000 should sound, certainly by 2020 bands should be making music that show how much of a facist horror society is becoming. I’m really tired of hearing music that suggests people aren’t aware of just how bad things are…

Luckily, in this album, Oranssi Pazuzu have given us something that sounds like a German Expressionist Horror film served up to you in the midst of a bad trip, part Nosferatu and part Tetsuo. Relentless and intense in every fibre of its being. Every single layer of this album is absolutely brutal, by the third (and possibly my favourite) track ‘Uusi Teknokratia’, I even love the vocals. The frenzied, savage drumming, the pneumatic stabbing guitar lines. Layers of synths and what sounds like brass. It’s a really well-produced album too, everything is played brutally and sounds cool as fuck. I don’t think it’s for the faint of heart at all, but, I really feel like the audience for batshit, innovative, unique music is sadly, malnourished and there should be a lot more bands stepping up to the vanguard to create stuff that is as punishing and singular as this. It’s good to have a year where we have a new Sex Swing record, a new Radar Men From The Moon record and now Mestarin Kynsi. Although, everything else about this year has been shit so, swings and roundabouts.

I usually enjoy some lyrical analysis, but I’m not sure as to whether or not I want to translate what is actually being sang on this album because there’s only a small fraction of bands I listen to that I don’t know what they’re singing and it allows me to experience the sound of the vocals differently, as more of a texture or a top-line melody. I’m definitely curious, but also weary that it will detract from my experience, yet I’m also really convinced by the artistry and feel like it could greatly enhance the thematics and the connection I have with the music, I wonder if anyone else feels this way?

There is quite simply too many styles on this album to compare it to any one thing, the bricolage has everything from spaghetti western vibes, to dubby bass, proggy math rock instrumental overtures, pretty much anything mind-bending can be found somewhere in this album. Before I mentioned the new Sex Swing and RMFTM releases, I think there’s a similar malevolent energy in all of these albums and a similarly psyche or even post-psyche experimentation involved with a focus on creating gnarly bad-trip vibes. There’s some really brilliant jagged guitar lines that remind me of Gnod or even ‘Makeshift Swahili’ by This Heat. ‘Oikamielistten sali’ starts off sounding like something Eminem would rap over and within a few minutes sounds like Oathbreaker smoking DMT. ‘Kuulen ääniä maan alta’ has an outro that sounds like something from Suspiria, preceded by a barrage of music more horrific than anything Argento or Goblin have ever done. ‘Taivaan portti’ is just one of the most relentless things I’ve ever heard. It’s really an outstanding conclusion for what is easily one of my favourite albums this year.

I hope that this review will allow people who are gingerly taking their first listen of the band to sit down and listen and know that you might know them or anything like them, but that’s fine because Oranssi Pazuzu are unlike any band you’ll ever hear but, they also sound like every band you’ve ever heard played at the same time but, in a really well-executed and expertly produced manner.