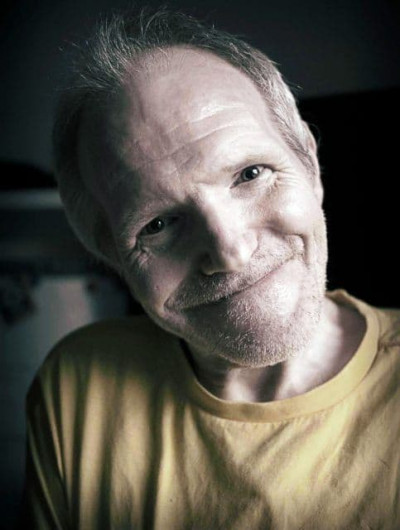 “I think if I was to die, and all shoots came out of me like when they come out of a potato, I would make them mint flavoured so that people could use me as a mint substitute. If they ran out of mint.”

– Tim Smith, All That Glitters Is A Maresnest.

Cardiacs leader Tim Smith died on Wednesday 22nd July 2020. We could have lost him, and nearly did lose him in 2008, but he just didn’t give up that easily. A man who had  – independently of a mainstream label recording contract, or commercial success – by his own will and determination carved out a unique place in rock ‘n’ roll music history. He wasn’t simply going to roll over.

If you have a mind to, and an ounce of the wit with which you were born, you can find out everything you need to know about Tim’s life and band on the internet. I won’t rehash a biography or a discography here. Part of the fun of Tim’s work is discovering it, by accident, by happenstance, serendipity, lying drunk on the floor of a pub, whatever. Unless you followed them from the start this is how most of us discovered his music and Cardiacs. They didn’t, for example, have massive coverage in the mainstream UK music press; often they were actively hated by them, which only served to galvanize the Cardiacs faithful.

I was a latecomer to the party. I’d heard of them around the turn of the millennium, but didn’t actually catch up with recordings until 2007. This happens though doesn’t it? There are probably many more bands I’m yet to hear and love. Unless you’re completely bereft of imagination, the discovery of new sounds is a major driving force in one’s life, it’s something I like to imagine I might have had in common with Tim.

Anyway, it turns out that Cardiacs were right up my street and I never looked back.

I might write about what Cardiacs’ unique music was like but again this is something that you can discover for yourself – ska, punk, prog, etc (it’s all on Bandcamp now). For me Cardiacs were as much a musical genre in themselves as well as ‘just a band’. Tim’s original take on music inspiring many other groups, some household names, but many not. It made me think differently about music, about it’s endless scope for possibility and joy.

Many accounts of Tim’s life over the last few days have focused on his joy of life, his upbeat attitude and sense of fun, which was often thrown into sharp relief by his petulant, domineering, manchild stage persona. Dadaist theatre, confrontation, formed part of a stage act that often involved bullying band mates, mostly his long suffering brother Jim, telling the audience to fucking shut up. But the fans lapped it up.

And I don’t think we can remember Tim without also shouting out to those fans and followers across the globe, now devastated by his loss. It’s a plain fact that once you clicked with Cardiacs you became part of that group of pond life, who by word of mouth, supported Tim’s endeavours while he was well and who crowdfunded over £124,000 for medical treatment when he wasn’t. I can’t think of any artist that has inspired such devotion in my lifetime.

It’s hard to believe that this is the end of something, but with his body of work only a turntable away we can keep him alive, curating his works for the next Tim Smith who might, idly, be curious enough to wonder what that old Cardiacs group was about.