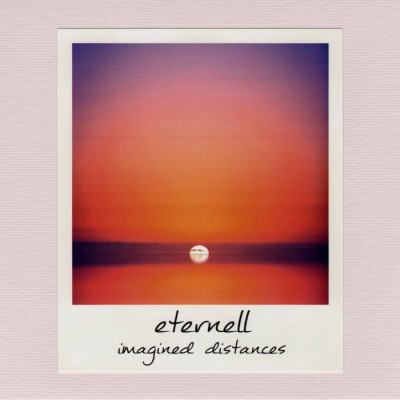 Many fans of what generally fall under the various genres of electronic music like their favorite genre there neatly and strictly compartmentalized. On the other hand, quite a few electronic artists themselves would like to spread their wings over a few genres, but still respect the tastes of the fans. One way to do it is to take as many pseudonyms as necessary. They get to cover as many musical ideas as they wish and the fans can have their neat categories intact at the same time. Swedish musician Ludwig Cimbrelius is one such artist. He has recorded under his own name but also as Alveol, Surr, Rust, Illuvia, Ziyal, Xpire. Still, his better know projects are done under the moniker of Purl (some nifty ambient/dub techno), and Eternell.

It seems that the latter is kind of his favorite, as he runs a record label under this name that comes up with some long-form, deep, meditation-like ambient. No exception to that effect on his latest release Imagined Distances for the Greek ambient specialists Sounds In Silence.

If anybody who is not familiar with the genre is to connect the title of that The Orb classic ‘Little Fluffy Clouds’, that it would be one of the six tracks here. For those more involved with all stuff ambient some of the ambient pedal steel guitar excursions of Chuck Johnson are the closest comparison.

To some, Eternell’s ambient clouds might be a bit too fluffy. Often, this kind of ambient music can drift into for many dreaded New Age category. Frankly, nothing wrong with New Age, just as long as you don’t put too much sugar into your chamomile (musical) tea.

But the music on Imagined Distances has a natural feel and never turns into musical sugar candy. It is designed to be exactly what the title says, some imagined, more pleasant spaces at any bigger distance from some of the more cruel facts of reality around the listener.