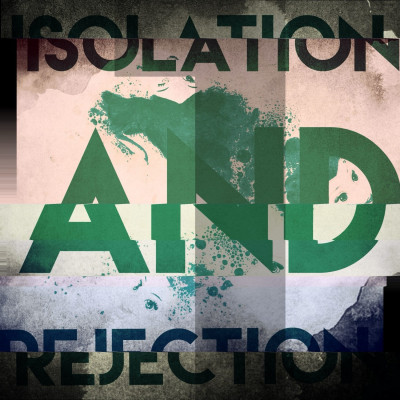 ISOLATION AND REJECTION: Vol 1 by Various

Isolation and Rejection, is that the lockdown sound? We’ve all had some time to reflect and take stock a little bit lately. This is the first part of a five volume, hundred artist, project gathering up lost and rejected tracks. Proceeds generated are going to The Brick in Wigan, a frontline charity addressing the issues of poverty and homelessness and facing the ways Covid 19 has exacerbated those needs. The idea was to collate failed compilation submissions and stray tracks that didn’t fit onto other releases and find them all a home. If that sounds a little chaotic, the results are far better than you might expect.

Late last year I reviewed In Search Of The Third Mantra by Ekoplekz and was saddened to reveal it was going to be the last release for the project and also for Front & Follow, the excellent label who were putting it out. Here they are briefly reunited. I shouldn’t really have been worried, Front & Follow shifted attention to online radio show/blog Gated Canal Community while Ekoplekz dived into his considerable archive, steadily put it all on bandcamp and has just put out a first release under his own name, Nick Edwards, with a cleaner, more minimal, sound. Front & Follow is still officially in hibernation but this certainly feels like a project to fill the long lockdown days, it has been assembled with love and care.

Vol 1 has twenty artists and last about two hours. It ranges across a subterranean world of marginal electronic tinkering, sound collage, fragmentary bleeps, liquid ambient techno, chunks of plastic sound and noise weather. What might once have been called industrial music before that came to mean something else. I think it’s fair to say the work of Throbbing Gristle or Nurse With Wound provide a common thread of influence. Some of the artists will be familiar, some won’t. It begins with a short, sweet intro piece of bird song and warm synths from Kemper Norton. It’s almost like sunrise on a new day but it fades away quickly for a chunk of dark drones from Grey Frequency and K.

Solo1‘s ‘Azzuri Ilta Sorella’ sees the arrival of broken corroded beats under a softly sighing synth line and snatch of human voice. Neither beats nor voice feature heavily across the collection, there’s a lot of atmospheric drift. Yumah‘s ‘Escape’ builds one from the other, percussive wordless vocal loops layered with sighs carry a soft voiced declaration “I’m gonna leave this town”. This incongruously rock ‘n’ roll mantra perhaps channeling a reading of the collection’s title. On ‘Dining With Phineus’ Carya Amara brings the dramatic swirl for something of a condensed epic, the clanky beat of the first half torn away in an electrical sound storm it emerges haunted and cold.

After a lovely little fairground piece from CukoO we reach the half way point. The  sprawling, 17 minute ‘Scumbellina (Me Gam Ega, Quisling)’ from Boobs of Doom acts like some kind of hinge in the middle. Moody and unhurried it shifts about playing with textures and somehow doesn’t feel lost or over long. It’s followed by a typically lucid pool of calm from Yellow 6 and the Ekoplekz tune, a rolling bass line playing in the dub murk. Traw‘s ‘Congratulations To The Young Men of Bucharest’ certainly has a title that channels early 80’s industrial and its 12 minutes of increasing disquiet feels like what Kevin Martin once called ‘isolationism’.

Elizabeth Joan Kelly gives him competition on the title front with ‘Waking Up With A Cat On My Face’ a brief liminal outburst like a warped TV ident or the soundtrack of an alarming flashback. As we come toward the end, the voice of C4 News’ Krishnan Guru Murthy surfaces among the ticking and chatter of Darrg‘s ‘Bats & Clocks’ asking after our mental health. Across the whole two hour set there are both great moments and slight outtakes but it maintains an extraordinarily high quality. The best may well be saved for last though, ‘A Wave As The Coast Disappears From View’ is quite gorgeous. An achingly familiar loop dragged out and blurred, steadily washed away as if by the tide. There’s a very comforting melancholy about it.

Isolation and Rejection: Vol 1 gives you good tunes, good value and is for a good cause which is more than enough to get you involved really. Beyond that though it has been most thoughtfully compiled and programmed so that its strange cargo of rejects contrast and complement one another as part of a remarkable whole. Rare is the compilation that pulls this off so effectively.