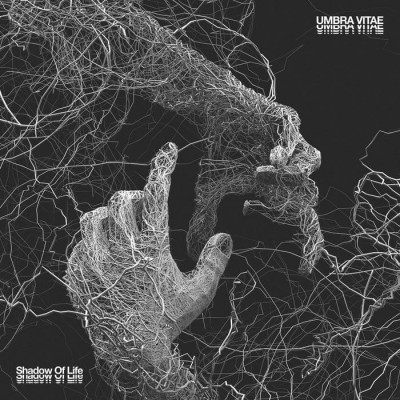 Shadow of Life by Umbra Vitae

A recipe for baking an album of some high quality, tasty death metal…

So, let’s see how the debut album from Umbra Vitae shapes up.

Well, it’s no secret that the band features some tremendously talented musicians throughout its ranks. Hailed as another supergroup, the band contains ex or current members of bands such as Converge, The Red Chord, Wear Your Wounds, Stomach Earth, Hatebreed, Twitching Tongues and Job for a Cowboy to name just a few. Oh OKAY, that’s some metalcore royalty, right there!  And among their ranks, those that have dabbled with deathcore in the past, a sub-genre much maligned during its commercial peak two decades ago, but which now has interesting things going on at its fringes.

Perhaps the most notable member of Umbra Vitae – and no offence intended to the others – is Jacob Bannon. So, it should come as no surprise that this album also brings along Kurt Ballou in tow to record and mix Shadow of Life at God City Studios, and Brad Boatright to master the record at Audiosiege. The record is released on Bannon’s renowned Deathwish Inc. label. The only surprise here is that the attractive artwork that adorns the album cover is not Bannon’s own work, but that of Janusz Jurek, but it’s intriguing, nonetheless. Let’s check back on them ingredients, then…

So, why oh why, does Shadow of Life sound so uninspired?

Running at ten tracks in under half an hour, this thing should sound unhinged and demonic. Although all the constituent parts are there – those tasty ingredients – what arrives is severely undercooked. And no, not ‘raw’ in good way.

Shadow of Life rolls out of bed rather sleepily with ‘Decadence Dissolves’, an ultimately pointless intro track that summons no menace or atmosphere whatsoever. Not the best start on your first day at school. We then move into ‘Ethereal Emptiness’ that is equally unforgettable, despite the whole band thrusting forward for the first time and with it clocking in with a three-minute run time. That is actually too long as Umbra Vitae strangely make the decision to have a protracted fade out on the first true track on their debut. One might argue it being inventive and challenging the norm – but it would have had to be interesting, progressive and have, y’know, actually impressed to do that. It didn’t.

The next two tracks pass not so much in a blur but in stumbling fatigue. Some of the breakdowns on both would make some of those commercial deathcore bands of the 00s blush: colouring book creativity and all with just a pencil to shade in the grey. Who forgot to bring along the Crayola pack, guys? Or, to bring back my already overworked metaphor; we’re basically eating uncooked cake mixture and there ain’t no sweet icing to make up for it.

Then, suddenly, we get ‘Fear is a Fossil’. It’s still not mind-blowing, but feels like the most cohesive track yet, with Bannon and McKenzie exchanging vicious vocals and Ballou’s production skills finally working their magic, as the drums move from sounding peculiarly tinny to actually blasting out of the speakers with venom. This is followed by ‘Polluted Paradise’, an absolutely raging, razor-sharp track that takes up little more than a minute on the record. It might be a bit close to Converge trying their hand at death metal, rather than a separate band, but I’ll definitely take it. Unfortunately, we then go back to the kind of blurred mediocrity that the first half of the record was so punctuated with on ‘Intimate Inferno’. It sounds so, god I’m sorry, uninspired… Have any of you been forced to write this album? We’ll provide an email address to send an anonymous letter to, for help and rescue… We’re here for you. No judgement. (Well, err, except for this review. Sorry ‘bout that.)

‘Return to Zero’ then lurches out of the speakers – easily the heaviest track on Shadow of Life – and all is momentarily forgiven. It’s a real jam. I’m still somewhat surprised from the lack of bite Ballou has managed to infuse into this album, particularly the guitars, and even here, on a more bile-inducing effort, it falls short. The vocals throughout sound strong, but the instruments are too sanitised. The record just isn’t evil enough. Rather than up-the-ante on his sublime metalcore tracking by letting this run all the more unhinged and bloodier, Umbra Vitae’s debut sounds like death metal cleaned up to be presentable for Mom and Dad. Okay, okay, they’re not going to like it, but they won’t be worried their kid is scrawling pentagrams on their arm…

‘Blood Blossom’ is the penultimate track on Shadow of Life and is solid. Certainly not a dip to previous shrug-of-the-shoulders tracks, but hardly the song that makes you rush to the front at a gig. Closing track ‘Shadow of Life’ is easily the best on the record and, it should be noted, the longest at over four minutes. Here, finally, we can hear these genius musicians flexing their creative muscles and taking a death metal blueprint and fucking with it. Here, we finally hear something approaching what one might call an Umbra Vitae sound – something of their own on which they could build. To be clock watching on an album that doesn’t make it to the half an hour mark is an indictment, but the final four are clearly its strongest and perhaps, just about, may mean people give them another chance for one more rodeo yet.

Put simply, Shadow of Life is a record that shouldn’t exist. A band starting out, should they be lucky enough to have this level of musicianship, would have released a 7-inch here, an EP there, for the first one or two years of their life, as their sound gestated. They would have worked their asses off touring and refining their writing on the road. Despite the metal royalty in their ranks, it turns out this is exactly what Umbra Vitae needed to do. A 7-inch with ‘Fear is a Fossil’, ‘Polluted Paradise’, ‘Return to Zero’ on Side A, and perhaps a slightly longer, writhing version of ‘Shadow of Life’ on Side B, would have been an extremely exciting introduction to the band. A year of gigs later and a full-length announcement would have sent many an extreme metal fan into meltdown. Instead, Shadow of Life is a recipe with quality ingredients that have been under-mixed, undercooked and left to go cold, with too many tracks missing their mark. What held so much promise, fails to deliver anything but the vagary of promise in the future. Time will tell as to whether the metal community have the appetite for more.