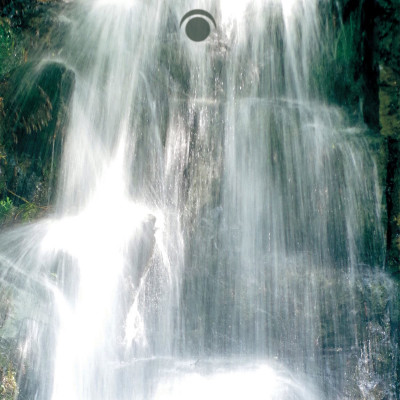 Tengger, a South Korean duo who specialize in ambient psychedelic textures are a bit of an enigma, and through their nomadic existence have built up a respectful following with their music. Indeed, if someone had stated to you that some of the more interesting music would be coming from a duo whose music evoked the tranquil settings of Tangerine Dream circa Phaedra then you may have dismissed them with a yeah, whatever, but here we are, and here Tengger are with their new, and quite excellent new album Nomad.

Long term fans of the band will know exactly what to expect, although with Tengger each album is an experience in itself. Never knowingly plotting a course where any two albums are the same, they do evolve around the general theme of spiritual ambience and togetherness. Oh so hippy, but hey, sometimes you need that mantric power in your life.

If getting in touch with your mantric side is an aim in life then Nomad is the perfect album for it. Akin to sitting within a meditation parlour allowing the music wash over you, there is nothing quite so crass as New Age meanderings here though as Tengger open up beautiful avenues of the mind. Opener ‘Achime’ with its glistening melody interspersed with bird song relaxes your mind before the intermittent choral vocal lifts it to heaven. It’s an unreal experience and one best served loud through headphones to truly understand it.

And so it goes for the rest of the album. The cascading waves of ‘Bliss’ keep us attuned with nature before a warm drone envelopes your sense. Never rushed, but also not too drawn out, it is not long before they are exploring the sensual melodies of ‘Water’ whose simple ambience reflects the calm presence of mountain pools left untouched except for the slight ripple caused by a stirring wind. It’s not all meditative though, as ‘Eurasia’ brings you into the urban environment as it’s glorious synths burst with energy.

‘Us’ returns to the drone-like ambience of ‘Bliss’ before the warm sound of ‘Flow’ ushers you down into a pillow of clouds, clear of mind and turmoil. There is a nervous energy just behind it though which hints as something darker on the horizon, as if to say you may be relaxed now but don’t expect it to last. It’s a metaphor for taking nature for granted as at any moment it can all get turned upside down. Respect the elements but also remain aware of their power. That may even be a metaphor for Tengger themselves and as they carry on their own path stopping off to introduce us to new sounds, be aware that beneath the surface of this duo lies a pair of musicians fully in control of their destiny. 2020 may have been a year to forget so far, but within the storms lies this oasis of calm willing to embrace you for just under 40 minutes and leave you feeling that there is a greater power out there above all the politics and turmoil. The power of the elements brought together through music via Tengger. 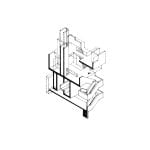 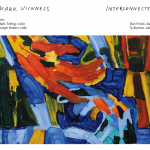