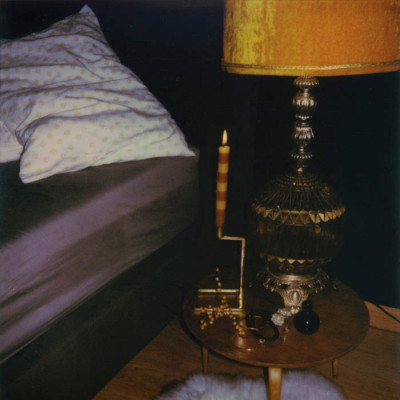 Natalie Chami is becoming quite a fixture on the Chicago electronic/experimental/post-rock music scene. Doubling as a musician and a music professor. She works at ChiArts—Chicago’s premier public high school for music and the arts—as both the Vocal Chair admin and a teacher for music technology, vocal technique, and choir. That obviously doesn’t prevent her to record under the moniker of TALsounds, as a member of Good Willsmith and as a collaborator for a number of other artists on the Chicago scene. Now she comes up with her latest release, Acquiesce.

Even if you’re not so sure what acquiesce means, you can certainly sense a number of meanings this term has from the music Chami presents on her fifth album. Actually, through her music here, she was able to cover all the meanings of the word – to consent or comply passively or without protest; to come to rest, or remain at rest; to rest satisfied, or apparently satisfied, or to rest without opposition and discontent (usually implying previous opposition or discontent); to accept or consent by silence or by omitting to object. Actually, she was able to transform all these different nuances in the meaning into music that transforms them into some form of a unifying whole.

It sounds a bit complicated when written down, but Chami makes complicated feelings and actions(or reactions) sound so natural and easy to convey. Whatever personal events stimulated her here, musically she was able to transform it into an electronic/vocal combination that makes the process of acceptance, good, bad, or anywhere on the line in-between sound as a normal process in life. The intricate interplay of electronic sounds and vocals, on say ‘Soar’, or ‘Hermit’ speak for themselves. Throughout the album, Chami is able to cross and combine the lines between, electronica, experimental and modern classical with ease and aplomb.

Whether by chance or intent, Chami’s Acquiesce coincides with a broader situation when we all have to accept some things as they are, whether we like it or not. The question remains what will we do about it.