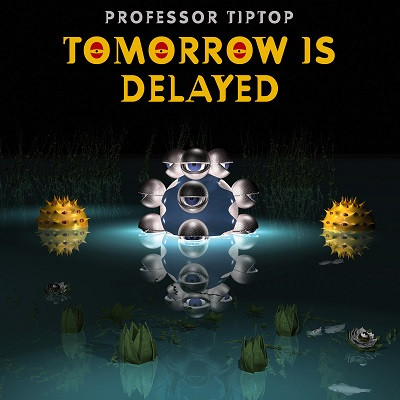 “He heard daylight / Called his name / Distant voices / Anger and blame / His dreams darkness / Shapes and forms / Days and colors / Forever gone.” The opening lines from ‘Erebus’ sung by Sonja Otto, new lead singer for Professor Tip Top, showcases the reality between the nightmares and the danger on what is to come throughout this horizontal psychedelic twist.

Since forming in 2011 in Bergen, Norway, Professor Tip Top have carried the aspects of psychedelic and early progressive rock that has been with them throughout their first five albums. I do remember hearing about the band’s music on their Bandcamp website after listening to their fourth studio album, Life is No Matter. And I kind of see what they were trying to do by floating in the clouds with mellotrons, sliding guitars, and some incredible vocals done by former member Svein Magnar Hansen. When I first heard him sing, I felt this chill down my spine as he takes these worlds into another level. There were times where his vocals resemble the styles of Gazpacho’s Jan-Henrik Ohme and Annot Rhül’s Sigurd Lühr Tonna. It was like something that almost made me open my eyes up a little bit more to find out who this band really was by creating their own sound and vision. And then about two years later, I had completely forgotten about them.

Until now. Tomorrow is Delayed is the band’s sixth studio album released on the Apollon Records label. Home to bands such as In These Murky Waters, Telepath, Ring Van Mobius, Pixie Ninja, Panzerpappa, and Weserbergland to name a few. I’m very familiar with the label with some of the albums they’ve released. And they have done a very good job by making my ears open up a little bit more to discover what that they are carrying the torches of both the progressive and experimental rock sounds, but with Professor Tip Top’s new release, I have decided to give their latest album a shot to see what they’ve brought to the kitchen table by cooking up this strangely delicious brew they made.

‘In the Mirror’ fills up the castle hallways with the mellotron while the music itself becomes this eerie atmosphere for Sonja’s vocals revealing the true persona on who this person really is as they take the mask when they take it off in private. And it shows that they have a darker side that even the public themselves don’t even know about behind closed doors. ‘The Ghost Within’ sets up this haunting ship by sailing into this mid-tempo dance by walking into the structures of The Beatles Abbey Road and Camel’s Mirage-era by giving Sam Fossbakk a chance to honor Andy Latimer’s playing as he honors the epic ‘Nimrodel’. He makes the composition by extending it and continuing where Andy had left off as the title-track sees Professor Tip-Top traveling down for some spiritual guidance.

The music carries this power of the middle-eastern structures as it tells the story of not understanding who is telling the truth and which one is revealing the biggest lie that will soon to blow the whistle at any second without any delay. Wise’s drumming and Sonja’s vocals reveal who the impostor is on a cliff-hanger as Sam’s chord structures the grooves between The Electric Prunes and a finale with some swirling carousel organ work that gives Professor Tip Top a chance to tip their hat towards Kayak’s See See the Sun-era. ‘Objet Petit A’ is their psychedelic minimal approach to Terry Riley’s A Rainbow in Curved Air. They’re on a Hindu raga sound by opening up the windows inside your mind. Sonja speaks throughout these textures to find their own true inner selves by going through the aspects between meditation, yoga, and the trance by leading us on a voyage that will await us to the very end.

Tomorrow is Delayed took me a few listens to delve into. Mind you, this was a big challenge for me to tackle Professor Tip Top’s music again. Now while I’m not the biggest fan of their music, I have the utmost respect on the direction of what they want to go into throughout their latest release. But it is quite a journey throughout the entire album on who you really are. I hope that one day they’ll do another requisition in the years to come to see what the band will think of next. 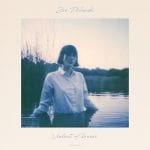