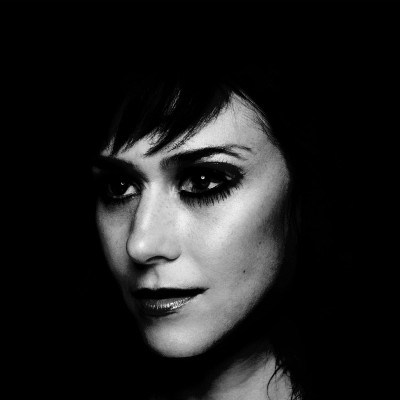 There’s something both cinematic and vista-encompassing on the latest effort from Sarah Lipstate (Noveller). Arrow appears to have drawn from her a keen urge to paint vivid pictures with her sounds, images that would not feel out of place in the works of Terrance Malick, Scott Barley, or Apichatpong Weerasethakul.

For instance, the notes in ‘Effektology’ drizzle down and disperse like droplets of rain pitter-pattering onto the limpid surface of an ancient pond. Stirring a thick rhythm into life. And, along with it, celebratory melodies that cavort like amorous birds of paradise. They are brief yet flamboyant. Then, on ‘Pre-fabled’, we get a hint of pan pipes drifting across a mountain enveloped in morning mist. These sounds then morphing into a haunting elegy for a dawning day.

Everywhere we turn, she is drawing us to the visual aspects of music. From the off, theatrical strings bring us in like the grand sweeping establishing shots of the likes of Sergio Leone or Stanley Kubrick whilst a nervous heartbeat ticks away underneath. The third track, ‘Zeaxanthin’ (a pigment associated with specific eye conditions), reveals prancing sequences à la Kaitlyn Aurelia Smith. They provide a floating sense of comfort, the sort of respite that we all might need right now. An opportunity to recharge batteries.

There’s also a touch of Fennesz here. Lipstate’s approach is similar but with less frazzled electronics. The tone is comparable. Perhaps less ecstatic. There’s a sense of getting on with it. Of industriousness. A breather to take in the spectacle before it all vanishes.

It’s of little surprise, then, to discover that Lipstate has moved out into more expansive territory. Arrow feels earthy. It’s intrinsically tied to her new terrain of deep, wending, canyons. It’s in step with planetary flows. We’re reminded of Philip Glass’s work on Koyaanisqatsi. Movement of tides. Of seasons. Of landscapes and stretches of water. Humans shift too. Migrate on foot, by car, or in transport tubes gliding on rails or sailing through blue space.

It’s quite a change from the effervescent sounds found on 2017’s A Pink Sunset For No One. Where that record seemed to revel in the beauty of the human spirit, Arrow takes a different route, gradually leading us down darker pathways and eventually turning off into a more paranoid part of town. This is best embodied in the final pairing of ‘Thorns’ and ‘Remainder’.

The former is arguably the prickliest moment of the album. Static slides across the surface, its roar restricted by something beneath. Sizzled signals fire out into a beckoning abyss. It’s like deep water exploration wherein disorientating sounds travel and swirl. Up becomes down, left becomes in, forwards turns to red. Right the ship. Each lunging note gives the impression of searchlights trawling through the murk for any kind of marker. Something to anchor on to. Through this confusion rises a broken refrain. A little aria to draw those in who dare sail near.

‘Remainder’, however, takes a different tack. The emerging melody provides a faint echo of Joy Division’s most famous work – ‘Love Will Tear Us Apart’ – but put through the mangled memory chamber of The Caretaker. Never sure where to go with it, the notes search and seek a barely recalled pattern, resulting in surges of something even more unsettling, terrifying. The disconnect being enough to cause further confusion, greater terror. The horror of uncertainty, of no longer knowing your own self. There is a silk thread of hope through this, but it is battled and obscured to the point that submission to discombobulation seems like the only plausible respite.

In this cinematic quest, Sarah Lipstate takes us on a sonic journey that rides a breathtaking gauntlet of emotions but settles, ultimately, on tragedy as we reach its life-weary climax.