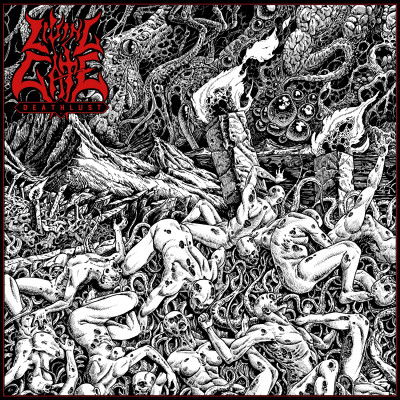 If you have paid any attention to the past few years of extreme metal one thing will have become immediately self-evident. Death metal is back. A genre that had stagnated for years, except for at its most curious fringes (and not in the good way, as per death metal visual parlance), had simply run its course. It’s not an overstatement that a great many critics and even once rabid fans of the genre had all but written it off. The blood had coagulated; reanimation of the flesh had failed, and it had turned to dust.

Then, seemingly out of nowhere, the scene has exploded again. There is suddenly an incredible depth to the death metal genre. There’s a greater quantity – and quality – of those fringe acts doing weird and wonderful things with the blueprint, be that imbuing the sound with new elements to create Frankenstein’s monster-esque new entities or other bands co-opting the veins of death metal into their sound, making them kin to the genre, if not wholly fitting the term and the aesthetic.

One thing death metal had never been wanting for was a plethora of acts mimicking the greats that had gone before. It was exactly this, for the most part, that had led to the feeling the genre had simply run out of ideas, or, more the point, had maybe not had that many ideas in the first place. After all, classic death metal isn’t exactly known for its subtlety. As subtle as a brick to the face. But in this new renaissance of death metal, a large contributing factor to its success and it being celebrated is bands doing exactly this – using the building blocks of the genre once again.

The major difference this time is that they aren’t mimicking the sound or paying some kind of ‘pub-rock’ version of a tribute act any longer. These are bands who are performing an autopsy on the genre – taking a look into the viscera that makes it tick, makes it work in all its unholy ways – and then using that knowledge to reinvent classic death metal. This isn’t an ode to the (undead) fallen, but, rather, is the occult prayer to create new legion. New death metal bands who measure up to the founding fathers – call it reincarnation, call it necromancy if you will – but all I know is that it’s most welcome. Time to take that bath in blood. Hail Satan.

Into this brave evil new world, come Living Gate. The band certainly have strong credentials, with a member from Yob and a trio surrounding him from Belgium’s Church of Ra – taking in contributors from Amenra, Oathbreaker and Wiegedood. Perhaps the latter is the lynchpin to proving these excellent musicians had the chops to take on the classic death metal sound. Wiegedood have, over the course of three ever greater records, proven post-metal savants could master the vagaries of black metal. The same is true on this, Living Gate’s debut EP, Deathlust. Five tracks of unbridled hell released with the backing of Relapse Records, proving their reverence for and living sacrifice to the genre.

Living Gate produce death metal so tight its decaying flesh is bound together by barbed wire. The average song is roughly three and a half minutes, but do not fear, there are no pop ditties here. Unless this is the sound of the charts in Hell…? I’d be down for that.

Fans of Suffocation and Demilich should take note – this one goes out to you. Ferocious doesn’t quite capture it, with ‘The Delusion of Consciousness’ kicking things off in rabid style, and the horror never lets up from there. ‘Roped’ may take the pace down, but the guitars become all the more malevolent, with each change of riff feeling like a knife in the eye. ‘Deathlust’, from which the EP takes its name, is the most frenzied of the quintet, ripping and tearing at the constrains of the sonic realm it finds itself in, and nodding toward Morbid Angel, too. ‘Heaven Ablaze’ belches forth its rare cocktail of poison while the musicians take their proverbial bow as the sheer technical proficiency and execution of their craft becomes ever more apparent. Finishing up their amoral sermon is the eponymous ‘Living Gate’, a track that pummels and screams at the void like those that have gone before, but also showcases an ongoing intelligence in the songwriting and direction of the band, even if the brain that holds it is itself liquifying, weeping out of every orifice.

Deathlust is brutal, yes, but it is the intensity with which the five tracks are delivered that marks the release out for special note, and its superlative production is certainly responsible for that as well as the craft of the songs within. With a burgeoning, braying pack of death metal bands leading the undead charge for your attention and wallet, only those with complete mastery of their sickening art can climb the mountain of corpses to the top. Living Gate certainly had the constituent parts to pull this off, but it was by no means guaranteed. But this EP will immediately put pay to any doubters. Let us hope that they are encouraged to conjure more foul sounds from the pit, and not become a well-regarded, short-lived project. Meet you at the gate when the clock strikes thirteen – the living gate…