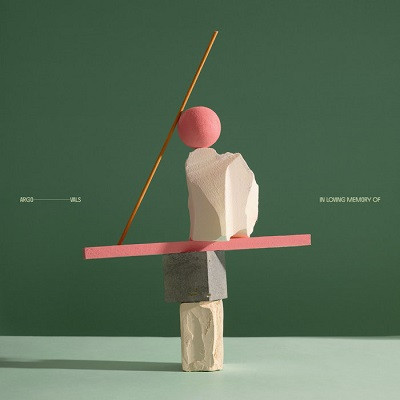 In Loving Memory Of by Argo Vals

Argo Vals is someone you may or may not be familiar with. Not only that he’s from Estonia, but he’s also a composer, working with electronics, and a guitarist. What Vals would do is to take his music by going through these sudden movements between the opposite of sound as it walks through textures that are finally brought to real life by walking through imaginary worlds that he’s brought upon with his music.

He’s also done scores for dance and theatrical performances while being a member of various groups that include; ValsPetti, Aigar Vals, Karl Petti Band, Vilandi Guitar Trio (previously known as Talamak), and the Argo Vals Band. So Argo himself, is a very, very busy man. That and his third studio album entitled, In Loving Memory Of, is his follow up to his first two studio albums from 2012 to 2015 (Tsihcier & Nokturn).

In Loving Memory Of was five years in the making that Argo recorded and has finally brought it to life. It is quite an interesting process that he brought to the table with some incredible textures that adds up the minimal and experimentation’s he’s finally come up with. He goes beyond time, space, and into the afterlife with his electronic approach at times with a trip-hop twist throughout some of the pieces he wrote.

For me, it was like walking through these various landscapes that is filled with a new beginning inside the person’s life to see what the future will bring for them. Some of the compositions are like channeling through the three masters he’s embodied; David Torn, Philip Glass, and Terry Riley. And what Vals would do is to take that little twist between electronic and classical music all into one.

He would push the doors down and let the listener know that, there aren’t any rules. Even though we have to abide by them, you can break the rule book, one by one. And I have to say that he has gone for the jugular to give the drummers, clappers, programmers, and keyboardist Karl Petti, Karl-Markus Kohv, Tõnu Tubli, Aigar Vals, Liis Ring, and Christoffer Rutström, a whole lot of credit for doing this.

Not only that, some of the band members are lending Argo a helping hand to bring his vision to life and seeing where he wants them to go. In Loving Memory Of was quite a challenge for my ears to delve into the work of Argo Vals. And I was very surprised on how he made it sound like this incredible score that is brought to life. And we will see what the future will bring for us in the 22nd century.

If you admire the sounds of Manuel Göttsching, Terry Riley, Sonar, and Harald Grosskopf, then Argo Vals’ In Loving Memory Of is the album just for you at the right moment at the right time.