At the end of last year, Oldenburg-based instrumental post-rock band BRUECKEN released an incredible album titled Schall und Raum via Moment of Collapse Records. If you’ll recall, we had the pleasure of streaming the album ahead of its release last year. The album is powerful in its execution and ambient at just the right moments. The band is currently working on their new album and I for one am excited to hear what the band has in store for fans.

We caught up with the band and asked them to pick three albums that have influenced them and their music. See their great album picks below.

Cult of Luna – Somewhere along the highway 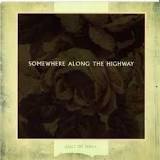 In Bruecken there’s some definite approval regarding the Umeȧ (Sweden) based band Cult of Luna. One reason for that identification might be their roots in the hardcore punk scene and all its ethics which we share as a band. Another might be that Cult of Luna in a row of a lot of other excellent bands (ISIS, Battle of Mice, etc.) proofed the evolutionary and ever changeable ways of the still-evolving punk rock genre. It’s hard to pick out one album of Cult of Luna because we actually love all of their records. Every album takes you on a special journey. It depends on your mood whether you feel more like wandering and getting lost in the woods (Eternal Kingdom) or being driven through an urban and industrialized scenery (Vertikal). Somewhere along the highway feels like the in-between. There are primordial woods which attract the darkest regions of your soul. But there’s still some civilization left which you cannot deny: “I was lost but not alone“ (‘Finland’). In some way or another, there always have been critical themes concerning society (Salvation i.e.) throughout Cult of Luna’s albums. Somewhere along the highway is special because it feels deeply personal. There are themes of connectedness (‘Marching to the Heartbeats’), of shame (‘Back to Chapel Town’) and guilt (‘And with Her came the Birds’), of false hope (‘Thirtyfour’) and longing for forgiveness (‘Dim’). And at the end of that personal road, there is ‘Dark City, Dead Man’. Letting go might be the hardest because of the existential theme for human beings. People deeply cling to times in which they developed as persons and identify with, to other persons they love or admire. Letting go confronts you with the status of being in between which is so defining for Somewhere along the highway. If you don’t choose your path by yourself there will always be a dead end like for the ‘…dead man’: “You haunt me in my dreams. I let go and fall deeper. This will be the end of me.“ But still, the song hints a way out of all this because of its recognition that times change and persons do as well: “The landscape has changed. You don’t recognize me.“

Since BRUECKEN choose to release music that appears without any vocals, we quickly realized during the corresponding process, that most of us have a distinct passion for the music of outstanding Postrockband CASPIAN, who mostly write instrumental songs as well.
To name that one special album is as hard as it is to name that one Cult of Luna album. Caspian managed to release a couple of really good albums during the last decade and always found new ways to interlace the treasures of their music through distinctive songwriting.
It doesn’t matter if you hear 2013’s Hymn for the greatest Generation, 2015’s Dust and Disquiet, or their latest album In Circles. All these albums have their own draught and atmosphere.

What connects all of these albums is their cinematic approach. Emotions are getting released through melodies, tensions get built through cleverly placed drum patterns and classical rendering ensues through corresponding samples and keys. Wonderful examples for those structures are the songs ‘Arcs of command’ and ‘Darkfield’ from the album Dust and Disquiet, as well as ‘The heart that fed’ from the mini-album Hymn for the greatest Generation. The song ‘Collapser’ off their latest album In Circles might be one of the best songs this formation ever wrote. It presents a more heavy, straight and direct approach, that holds a slight cross-reference to Post-metal.

As a band, we only can bow down to the music Caspian has delivered through their entire existence to date and getting thrilled for every tune these lads are going to release. 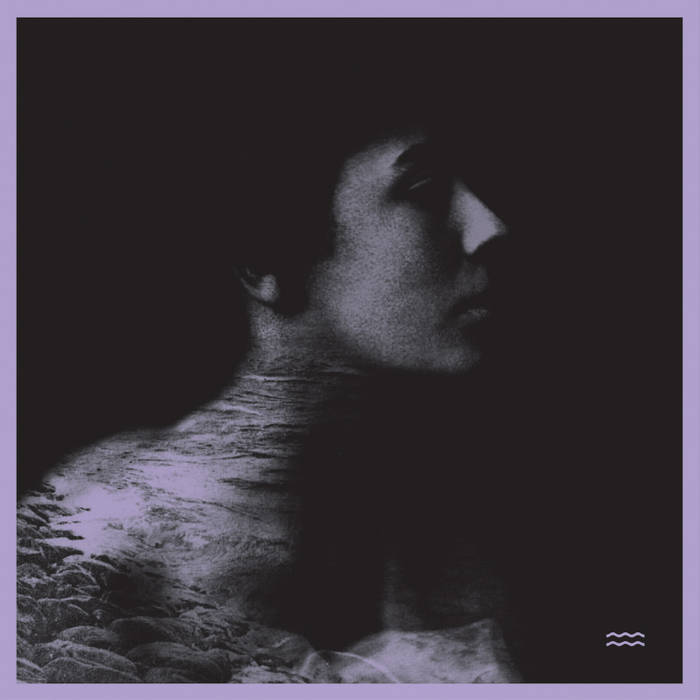 German Post-Hardcore outfit The Tidal Sleep has been one of those eye and ear-opening bands for me personally – and played a huge role in defining the sound we wanted to achieve with BRUECKEN when starting out. Though a lot has changed for our band since then, I think they always remained a solid pillar of influence on our songwriting and finding the right textures even while we were/are moving from more hardcore driven sounds into post-rock territory.

Their conveniently titled Four Song EP released in 2012, in particular, holds a special place. There’s an argument to be made, that their later releases see them with better production or even more refined as a band, but there’s a beautiful, unique and raw kind of intensity to this EP: a humble lesson in pouring emotions and energy directly into a dense, atmospheric sound.

Voice and lyrics (e.g. ‘Failures/off’) put your teeth on edge, the bass-tone (e.g. ‘Kissing Clocks’) is a joy to behold and the guitar work manages to be very distinct, without trying to be super flashy or urging itself into the spotlight. Everything serves first and foremost the song by supplying the right amount of space to let the music breathe and surprising you with the occasional catchy hook here and there.

Speaking of songwriting, the displayed love for a good half-time drop is something this EP certainly amplified in us. The tonal mixture that conjures atmosphere but still retains that certain punky, forward drive, always resonated hugely with us. And while The Tidal Sleep may not be the inventors of the “atmospheric guitars over distorted bass and driving drums” sound – here they utilize it to perfection: Four Song EP is basically a history of Screamo, Hardcore and Post-Rock condensed into less than 20 super intense minutes.

As a band, The Tidal Sleep have also been influential to us beyond music. Their honest, open and personal, yet still political approach shows that it is possible to play bigger, commercial shows (e.g. opening for Thrice) and still be in the right spot at political basement shows without sacrificing one’s integrity. 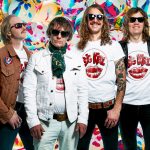 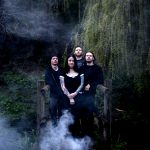 Under the Influence with Liam Phelan from Svalbard