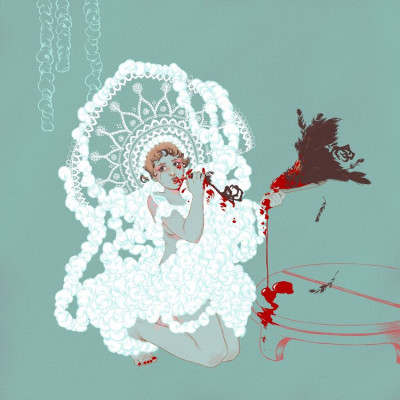 Close But Not Too Close by NIIKA

Often, music fans get a bit weary when an artist they have not heard from before tries to do more or less everything on their initial releases. From songwriting and singing, instruments, production to doing their own album cover. That weariness can add up even further when such an artist, in this case, Chicago singer/songwriter NIIKA proclaims about her debut album Close But Not Too Close that “When we stepped into the recording studio, I said that my goal was to make something that lay squarely between The White Album and Solange’s A Seat At The Table.”

Why such a reaction? Because in many cases such projects fall apart due to pretentiousness and usually a big gap between ambition and actual capabilities. But, on the other hand, when such projects work, listeners get something quite big on their hands (and into their ears). And in most cases, there is no middle ground.

With NIIKA’s debut album (she did have an EP beforehand), there certainly is no middle ground. But, if you expect the Uzbekistan-born newcomer to fall flat on her face and crash and burn in the process, you will be sorely mistaken.

Now, it’s hard to say whether NIIKA played any, and if so which instruments on the album, but everything else on Close But Not Too Close is her doing. The songwriting, vocals, (co)-production and the cover. The latter should not have been the problem for her, after all, she studied art, although that is no guarantee of quality either.

But, what about the music? That art school background crops up throughout the album, but Niika has obviously listened, digested, and incorporated into her music everything from Kate Bush and Jeff Buckley to Bossa Nova and Dirty Projectors. On paper, that also sounds like a recipe for disaster. Yet throughout the album NIIKA proves that she has both vocal and songwriting capabilities to do it. And yes, her vocals do veer between Kate Bush and Jeff Buckley, quite a feat in itself.

Through her lyrics she also tries to tackle quite a few things, like patterns of history (‘Girl Of An Arc’), but also things like myths and traditions (throughout the album). Heavy? Possibly, but NIIKA seems to carry it throughout with ease, possibly because her songwriting is filled with twists and turns that do not sound as an artificial construction but as something that fell into place naturally and with ease.

As debuts go, this one will be hard to match in the year of the pandemic.