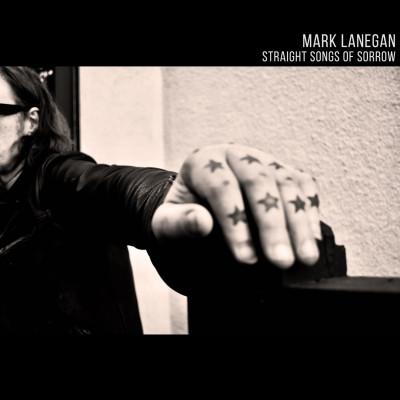 Alright here goes. I reviewed this because I love Mark Lanegan’s peerless work for SubPop and with the Screaming Trees. Not so much for the more recent records I admit, though I’ll forever rate the weird feat of euphoric melancholy that is ‘Harborview Hospital’ among his great achievements. Blues Funeral and Phantom Radio, while not my thing, I could see as polished, finished records in a style that didn’t particularly resonate with me personally. This album, Straight Songs of Sorrow, sad to say, just isn’t very good.

Normally I’d be hesitant about calling out something that could just not appeal to me subjectively, and others could find a world in an album that I just missed the doorway to. Maybe for this one too, but it’d be a stretch. Songs seem reminiscent of already released ones, but half-done demo versions with sketched lyrics, coming out years after fully formed and polished ones already exist. Sometimes lyrics aren’t all that important when the pop hooks are there; and sometimes a wry well-turned phrase can lend focus to an otherwise unremarkable tune. Here scrappy half-written lyrics and meandering keyboard peeps and toots look at each other for reassurance and find none. It all sounds so lost and fragmented.

The forced jangly picking of the second track lurches into lines about “the love I never knew” but it’s so jumpy and hurried that the crooning fails to convince. ‘Churchbells, Ghosts’ is a lament about asking for quarters and feeling lost, but it’s a bit of fumbling wander followed around tactfully but aimlessly by piano plinks. A bit later on, the opening line “Lord give me some ketamine so I can feel alright” on a track named after the drug might be a wayward attempt at druggy candour, but following it up with “If I had a razor, I would cut you everywhere, then I would walk the whole of earth with a thousand mile stare” is just tasteless. Likewise the line “On a night I can’t forget, I burned my love with a cigarette” which opens ‘At Zero Below’… an exploration of grim elements in the past maybe, but none of it seems thought through enough to feel like a real reckoning with darkness, so it ends up seeming merely crass and irresponsible.

Some moments are more positive, like the woozy duet ‘This Game of Love’ early on, and there’s a cluster of more assured tracks around the previewed one ‘Skeleton Key’. ‘Stockholm City Blues’ trundles along nicely despite some clunkily predictable lines, and ‘Daylight In The Nocturnal House’ has a nice interplay between atmospheric keyboard clouds and jagged guitar thunderclaps. ‘Hanging On(for DRC)’ is a jaunty and direct homage to Dylan Carlson, a country-picked squash of lines about old friendship and long and unlikely survival, “you and me still hanging on”. Even this is more historic curiosity than musical quality really.

It’s just a bit of a mess of a record. I mean, ok if it’s an experiment in a new way of writing or a processing of newly raw history as brought up in the writing of his recent book (as the press release relays). But it’s a bit of a painful listen, and not in a powerful or cathartic way. ‘‘Just a man just a sick sick man… just a sick sick sick sick sick sick man.” “I’m going I’m going I’m going.” “Daylight’s coming daylight is coming daylight’s calling me.” “Ugly, I’m so very ugly, I’m ugly.” “Wonder when, wonder when, wonder when it’s gonna end.” Unconvincing fragments stretched too far, pathologically repeated like obsessive tics that can’t scratch the itch. “It’s alright it’s alright it’s alright” repeated in the first track, sadly indicates the opposite.