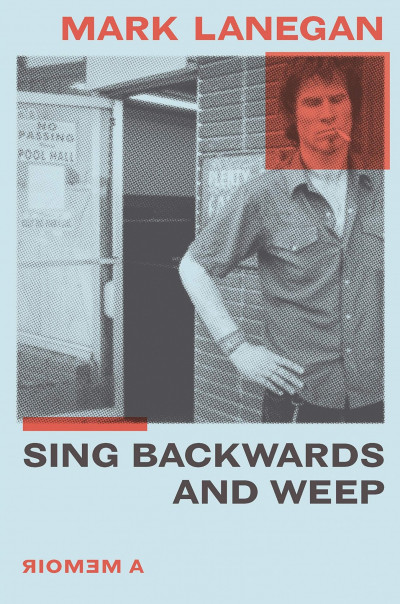 Sing Backwards And Weep: A Memoir by Mark Lanegan

There’s a line in Mark Lanegan’s ‘No Contestar’: “Now I concede I may have lived too long close to the bone”, and this graceful, wry, almost casual admission in a song barely a minute and a half long is a concise way of describing his Sing Backwards and Weep memoir whilst also serving as a massive understatement, a sentiment reprised at the start of a chapter entitled ‘Wilderness of Horrors’, which seems to be as fitting a way to start this as any. This is a frank, astonishing and often horrifying recollection from someone who has certainly lived a life, and who has now decided to share a part of it.

This is far from your usual Rockstar Memoir. There is no feeling of a comfortable hindsight allowing for a good-natured romp through a bunch of embellished fireside war stories for the benefit of an eager, baying public. This is something that – for the main part – covers a period of time where Lanegan’s name is perhaps not as widely known as it is now, and even the many times when familiar names are brought into the narrative, the reader (and, more often than not, the people named) may wish that these characters had remained unmentioned, such are the parts which they play here and the dangers that the 1990s Seattle music scene always had lurking under its surface. What this is, is a mostly dark and constantly unflinching mirror held up both by and towards Mark Lanegan’s life as his early career plays out almost in the background. An essay bringing together life, love, death, hardship and friendship and the trials and absurdities therein; isolated and combined in a series of episodes. It’s a very hard read. But it’s a very hard life being described.

At face value, it’s a heart-wrenching read as those used to Mark’s usual lyrical style may well be expecting something more guarded or even cryptic; instead we are treated to a more direct narrative which ensure that no meaning is lost and no intention obscured. Sing Backwards and Weep’s candour is crucial in ensuring that the reader soaks in the whole story’s horrors and absurdities, warts (or at least fibreglass abrasions) and all.

Where Mark’s writing excels in this longform is his ability to foreshadow over sometimes huge autobiographical distances. Even the imagery of his first recollection of seeing Screaming Trees bandmate Van Conner as a child at the start of the book is repeated (albeit with extra machete) in adulthood towards the end; another example is his work on the Mad Season album leading to good fortune, poor decision-making and the creation by necessity of another record.

Largely covering the period during which the Screaming Trees were at their most, for want of a better term, together and the extended beginnings of his own solo career, Sing Backwards and Weep sees Lanegan charting the band’s rise to major label standing and the direction his own life took during that time, that took him through periods of addiction (both his own and the facilitation of others through dealing), anxiety, depression, homelessness, guilt and love. Some of these parts are mentioned briefly and then moved swiftly on from, others subtly hinted out in the background of the text whereas the very worst subjects are forensically picked apart and laid out for us to absorb (and, perhaps, for Mark to continue to deal with). Relationships come and go, but only a couple are named (and named repeatedly); one in particular drifts in and out frequently before fading out quietly, another comes to a sad, tragic close in the book’s epilogue.

For the main, the book chronicles his addiction and the events and people surrounding it. There’s no great epiphany, no magical moment presenting itself as the beginning of this journey, just a jump from stating that he would be an addict to him being one. Nothing in Sing Backwards… glamourises anything he does in or around his using, and during these descriptions of taking, craving, dealing and withdrawing there is nothing held back as recollections the end over 20 years ago seem to affect the author just as much as the reader. It’s maybe because if this unrelenting downward spiral that moments of dry levity appear as often as they do; several times at his own expense, a few literary deep cuts for older fans (the Tijuana Donkey onstage rant at a drunken heckler actually being a weird cover of someone else’s monologue raising an eyebrow here, and the ‘See You in Miami, Mate!’ chapter is a deliciously comedic highlight), others aimed at people and situations around him, most prominently Screaming Trees guitarist Gary Lee Conner.

Memories of the latter can sometimes feel cruel as the reminiscence flows, but this is a book where cruelty (whether by fate or by design) plays its role to the fore, however hard it is to read at times. In balance, Mark mentions his bandmate’s music-writing proficiency and quality often and when we get to Sweet Oblivion and a greater sharing of songwriting responsibilities, there’s some warmth of respect there too.

When he discusses friendship and the bonds created by that is from where the book’s true warmth comes. Layne Stayley, Jeffrey Lee Pierce and Kurt Cobain come across as family (more so than most of his family does), and shine through the darkness; although they are all here with horrific episodes of their own. Courtney Love, despite being in the background for the most part, eventually comes across as a kind and caring soul to Mark especially after Kurt’s passing, housemate and Earth mainman Dylan Carlson is a constant companion and Screaming Trees extra personnel Donna Dresch and Josh Homme both come across as the bandmates he always wanted with the former as a partner onstage, the latter as a friend and accomplice offstage.

For all the times when asked “who’s this Mark Lanegan?”, I’d still recommend an opener of a mixtape containing a selection from his vast high-quality repertoire before offering a glimpse into this dark backstory. For fans already acquainted with his work, this is a mostly brutal yet surprisingly often touching look back to a time about which he’s never previously felt like talking about before, and probably with good reason. There are still questions I have from reading this where a couple of threads are left hanging in the ether but these are threads which will no doubt remain hanging and none of anybody else’s business as indeed it wasn’t before. Although if Jerry Cantrell should ever read this, I think we’d all like to know how he managed to spirit away 100lbs of Mark’s pornography collection in one go. 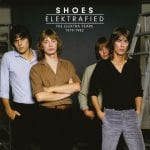