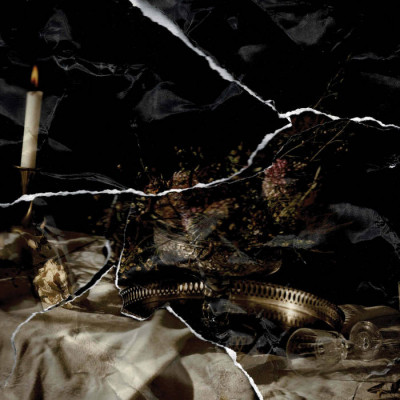 Given Light by Less Win

On Given Light, Copenhagen post-punk trio Less Win manage to craft post-punk that uses horns in a way that manages not to overpower the songs’ other elements, as has been a problem with the recent output from guitarist Casper Morilla’s other band, Iceage. The songs have a real vibrancy and energy to them, which is often not the case with a lot of modern post-punk. The band sound like Joy Division and The Smiths, with Morilla’s playing style recalling that of Johnny Marr in a favourable, non-derivative way. That being said, they fuse these sorts of elements with saxophones that recall the brass sections of Dexy’s Midnight Runners.

Whilst the vocals (which are apparently contributed by bassist Patrick Kociszewski and drummer Matthew Moller in addition to Morilla) can almost sound contrived and over-wrought a la The Cure and late-period Jam on songs like ‘Man of My Time’ and ‘Passion’s Puppet’, this is understandable given that there is a lot of instrumentation on this album, all of which is relatively high up in the mix; the vocals have to fight for attention. However, they are given a bit more room to breathe on ‘The Hanging’.

One song on which I found the vocals really affecting was lead single ‘Root & Branch’, a song that offers a Socratic analysis of “the potential hazards of democracy”. It also features one of the album’s best examples of Morilla’s fast, spiky, aggressive guitar-playing style, which is possibly informed by the flamenco he has spent the past four years studying. Fans of the first Smiths album should enjoy ‘Truths, Like Roses (Leaning Out)’. The peculiar sound effects on ‘Tunnel (We Were Given Light)’ have a very sinister, unnerving, slightly horrifying quality to them. I’m unsure of what jiggery-pokery producer Mathias Bang Madsen did in the studio to achieve them, but they certainly impressed me.

In a genre in which it often feels like new entrants are ten-a-penny, Less Win have managed to deliver a third album packed with songs that are fresh, innovative, interesting, energetic, and (most importantly) very enjoyable. Whilst the horns could possibly have done with being taken down slightly in the final mix, the band successfully prevent them from overwhelming the songs’ overall sound. Given Light does wear its influences on its sleeve somewhat, but it is so much more than the sum of them; it fuses disparate elements and antecedents to create a very original sound that made me sit up and pay attention. I wholeheartedly recommend checking the album out and I’d be interested to see how the songs transfer to a live setting, international conditions permitting.