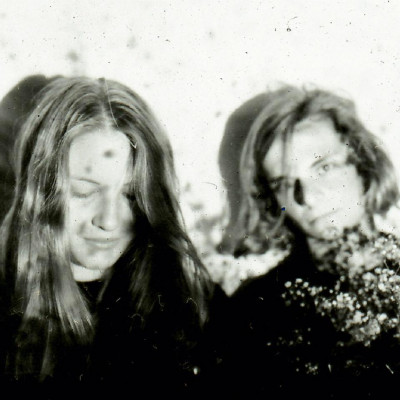 "Our sound has changed quite a lot since we started, it's always been about making the most noise from two people but before it was a lot more punk influenced. We’ve gone from Houdini to Lysol and now it’s not just about the most noise, but the biggest sound and atmosphere"

After I recently discovered two-piece behemoth KULK, through our own Callum Richie, I decided that I needed some answers… I’ve been binging through the band’s available music online and I have to say, it’s very promising. Any fans of Casual Nun or the Melvins would do well to check them out.

(((O))): Firstly, who is Kulk? What are your names, where are you based and are you in any other bands?

KULK: Kulk is Thom Longdin (Guitar and Vocals) and Jade-Ashleigh Squires (Drums and Synth), based somewhere between the nowhere space of Norwich and Ipswich. Jade also has a side band called Bad Stone, Thom once played an oscillating guitar for 30 seconds at end of a Pigsx7 gig if that counts.

KULK: Truthfully, it means absolutely nothing, we wanted something short and we wanted it to be able to stencil it easily. Ended up being more of a design choice than a name really.

(((O))): A fairly obvious question to ask is who are your influences? But, I’d like to add onto that, who are some bands that you’d like to play gigs with as well?

KULK: Biggest influence on us will always be The Melvins, we’ve always just been two people trying to be all the Melvins at once. More recently it’s been bands like Wooden Shjips and Bonnacons of Doom that have shaped the music in a psychedelic direction and saw the addition of a drone synth. Our tastes can be summed up by light psych stuff, heavy riffs and everything in-between. Obviously, we would love to play with all these bands with varying degrees of plausibility but while we’re stuck inside, I dream of playing a Red Stripe fuelled night of doom with Casual Nun, Luminous Bodies and Chubby Thunderous Bad Kush Masters.

(((O))): A lot of listeners won’t be familiar with your music, what exactly are you aiming to achieve sonically speaking?

KULK: Our sound has changed quite a lot since we started, it’s always been about making the most noise from two people but before it was a lot more punk influenced. We’ve gone from Houdini to Lysol (Melvins albums) and now it’s not just about the most noise, but the biggest sound and atmosphere. The songs are fairly raw and rudimentary, but we work inside that box to try to create something interesting. Basically, we want to create music we think is good with the limited ability we have.

(((O))): What is the deal with your art direction? I know it plays a big part in the overall Kulk experience as a kind of wholistic approach to artistry, but what’s the context of that?

KULK: Kulk is a like an artistic collaboration, a combination of art and sound. An idea that is able to act as an atmosphere and become an exhibit in itself. A performance art that is raw and energetic. As two practising artists working in a variety of areas we combine that and work as one unit. inspiring creativity for each other and for outsiders. The aesthetic to Kulk is as important as how we sound and both exist together separately. We have performed live in galleries and we always take prints and zines with us to gigs. The context in which art is shown determines how someone reads it. Without sounding like a dick of course.

(((O))): What are you guys listening to lately? Do you have any obscure gems for me or friends’ bands you’d like to share with me…and I suppose, the readership?

KULK: As for new releases, obviously, we have been listening to Vicerals by Pigs, Pigs, Pigs, Pigs, Pigs, Pigs, Pigs an absolute shit load. Other than that, it would be amiss if we didn’t mention our consistent spinning of Gnod and Wax Machine recently. We’ve got some really talented friends, to name a few Sun Scream (Psych), Arlen (Noise Rock) and Lemondaze (Shoegaze). When it comes to obscure gems our crown jewel of them all is ‘I Lost You in My Mind’ by Painted Faces, on a psych compilation from record store day 2014, we only know one other person who had heard it and they also had this comp. Also, if you’re in the mood for obscure try anything by Goblin, they did the soundtracks for Dario Argento’s Giallo films in the 70’s.

—
I’m sure many of our readers will be familiar with Suspiria and its soundtrack but, I can second the notion of digging further into Goblin, they’re brilliant. Please watch this space for more Kulk coverage, they have some very exciting things in the pipeline.