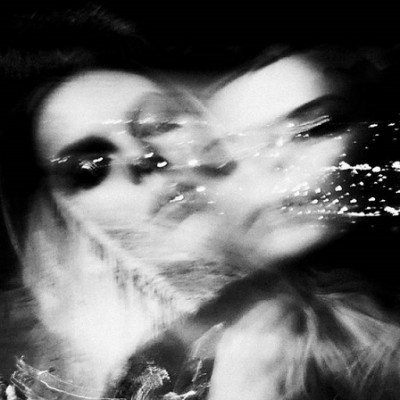 Warnings by I Break Horses

It has been six years since Sweden’s majestic synth pop purveyors I Break Horses last graced us with their wonderful music. The duo of Maria Lindén and Fredrik Balck have been using this time well as Warnings is another album full of exquisite sounds and textures. This time round, the emphasis has been on instrumental, cinematic music and indeed the overall sound of Warnings fully obliges those intentions. Recorded with producer/engineer Chris Coady (Beach House, TV On The Radio), the dense sounds and layers are mesmerising throughout. Recorded before the world truly went to shit, Maria had commented that the album “relates to the alarmist times we live in. Each song is a subtle warning of something not being quite right.”

I’ve been fortunate to have lived with this album for about three months and keeping it a secret has been a problem. Imagine how it must be for the band themselves, but Maria isn’t in a rush saying “Nowadays, the attention span equals nothing when it comes to how most people consume music…And it feels like songs are getting shorter, more ‘efficient’. I felt an urge to go against that and create an album journey from start to finish that takes time and patience to listen to. Like, slow the fuck down!”

Before I begin to digest the songs in earnest, I want to highlight the lead song that arrived as the album was announced. I had no idea before pressing play to listen to ‘Death Engine’ that this song would have such an effect on me. As I said, this was before the bastard virus infiltrated anywhere beyond China, so to be singing about death so openly struck hard. The opening lyrics “You’re my sweet death angel, riding on a suicide. And you walk so slowly, straight into the night” will bring tears to your eyes when you know that the song was written in connection to a close friend, who had tried to commit suicide. Maria also adds the explanation that the song “also reflects upon the increasing reports that suicide is the second leading cause of death among Generation Z, with this age group having more mental health issues than any other generation.” Knowing this, the song is not an easy listen, yet paradoxically, the song is a very easy listen and I have played it an extraordinary number of times.

It’s right that we look at this album in order, the sequencing is intentional to lend the album a cinematic feel, even though I’m not fully in agreement with the track listing. Getting off to a superb start, ‘Turn’ instantly snares me with a booming hip-hop beat and xylophonic wonderment. Maria’s soothing vocals over a mesmerising sea of analogue synths is a warm embrace in these troubled times. As the song plays out there is a magical conveyor belt that drops off melodic hooks that swing forth and raise you up, you just want this song to go on forever, it is heavenly.

On ‘Silence’ the warped synths swoop and swirl over another whacked out shuffling beat as a myriad of majestic layers of twinkling shiny keyboards and electronic burbles twist your brain. Maria’s voice is intertwined in the mix to such an extent that it sounds like another instrument. At times, the timing and syncopation appears to go right out the window and when that almighty fuzzy brass sound drops you really do feel like heady drugs have been taken. The first experimental interlude, ‘I a r m’ recalls the kind of urban chill and icy scrapes employed by Burial.

For ‘I’ll Be The Death Of You’ Giorgio Moroder style keyboards gyrate over a slippery beat and we’re transported off to a place in time where neon lights spin and cocktails flow. There’s a marvellous break at the end that mirrors the mighty Ulrich Schnauss and another few minutes of this would have been just fine with me. The inexplicably named ‘d e n l i l l a p s e a v l y c k a’ is the second interlude, with a sampled voice speaking in a foreign language. It sounds a little like Godspeed You! Black Emperor, but I’m just left wondering as to why these interludes exist where they do as they break up the flow of the album. ‘The Prophet’ has a heavily filtered organ effect mashed up with those head fucking warped tones that Kevin Shields poured all over Loveless. The slamming beat that kicks in for the sublime chorus triggers a hoard of keyboards to drop on you and the effect is all encompassing.

The layered sounds on ‘Neon Lights’ create a hallucinogenic and dreamy state of mind and the complex programming of beats must have taken some time. However, the end effect is a song that refuses to settle into any groove that you can stay with before being ushered on. ‘I Live At Night’ is darkly downbeat and built on a wobbly bass line and clipped beats. Unlike the other songs the keyboards take a back seat for a late night cruise after a night of hedonistic excess. Then ‘Baby You Travelled For Miles Without Love’ feels like waking up with sunlight glistening through your window, but the effects of the previous night’s partying play havoc with your vision. Playing on your insecurity the song brings deep melancholy to the proceedings and the comedown takes on a dark hue.

So now we come to the bleak, desolate but utterly beautiful sounds that make ‘Death Engine’, which is one of the finest songs I have ever heard. A blissed out collision of woozy, majestic keyboards over a delicate shuffling beat that hypnotises with a thunderous kick drum that has the most unorthodox timing. The melodies that Maria seamlessly delivers tug at your heart strings, the overwhelming sorrow and desolation in the layered synths will leave you an emotional mess. Given the aforementioned inspiration for this song, you might want to consider how you feel before you listen to it. The fade out end where the keyboards continue their stunning loop are truly glorious and maybe raise a little hope as they dissipate into the ether.

Following on from this colossal song are the final two weird interludes that only serve to disorientate further after the ‘Death Engine’ experience. First up is ‘a b s o l u t a m o l l p u n k t e n’ which is just two minutes of atmospheric drone and nothing more. In the vein of those odd intro songs The 1975 insist on putting at the front of their albums, the heavily vocoder-ed vocals of ‘Depression Tourist’ are unintelligible and form the basis of the song, there are no instruments. The location of these last two tracks are extremely odd and I would have preferred this fine album to end with the faded bliss of ‘Death Engine’, but Maria knows her art much better than I and has decided otherwise.

When listening to Warnings I am reminded of the early synth heavy shoegaze of M83, the quirkiness of The Knife and the pop sensibilities of Lykke Li. It should be noted that a lot more people have heard I Break Horses than maybe they realise, U2 used their glorious track ‘Winter Beats’ as their intro tape on their last tour. It would be marvellous if even a fraction of those people turned their attention to Warnings. On occasion, this album touches the majesty of modern classics Screamadelica and Loveless, with an expansive depth of sounds and a multitude of blissful melodies. The overall album wouldn’t compare to those albums though, track for track. But when I Break Horses are good, they are very, very good indeed. That is why Warnings should be on your list of albums to listen to, in these times of trouble, let a little light in.