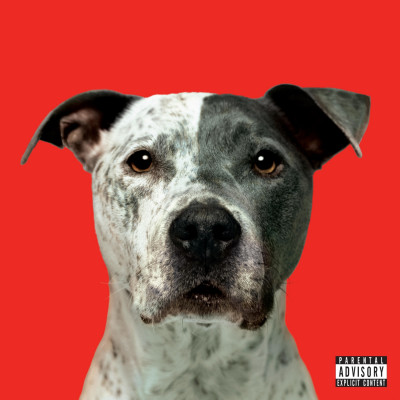 After the release of previous album Savage Times, Hanni El Khatib hit the buffers. Sick of the recording and touring cycle, he quit drinking, touring, downsized his operation and went back to his other love, design. Partnering with his old friend and former employer Keith Hufnagel of HUF, El Khatib founded Metropolitan, the skateboard brand. He moved into a smaller living space and went back to basics. The signs were already there that El Khatib was ready to get off the merry-go-round as 2017’s Savage Times itself had an unusual back story. The tracks were originally recorded and released one a month, like a musical almanac of his year, only coming together as an album later the next year. That was still, a few surprises aside, a typical sounding Hanni El Khatib record, full of raw, garage rock and bubblegum punk.

It took nearly four years for El Khatib to feel the urge to return to music making, but he was determined to do things differently, and with no plans to tour he could make whatever music he wished, without the constraints of trying to reproduce it live. For Flight he hooked up with Mark Ronson side-man Leon Michels, who has also scored producer credits for huge pop and rap acts Lana Del Rey, Travis Scott, A$AP Rocky, and Eminem. Working together in-between Michels’ stints on the latest Ronson project El Khatib and Michels hit upon a method of work whereby they played live, creating their own samples. (There’s much more on this on the accompanying press release, but frankly unless you’re a studio geek it’s meaningless).

El Khatib has a creditable past in hip hop and electronic music away from rock, he grew up listening to hip hop and has worked with GZA amongst others, and so nothing about this album feels forced or over-reaching in ambition. In fact it takes a while for you to miss the fuzzy guitars. Considering his reputation you may be expecting a dozen rambunctious electro-punk bangers, but Flight is dominated by a melancholic, wistful air, coloured by jazzy flute and piano breaks very redolent of The Avalanches. The album maintains the warmth and humanity of El Khatib’s other work and has an organic, spontaneity similar to Paul’s Boutique or, again, The Avalanches.

El Khatib’s youthful yelp of a voice remains intact but the story-songs celebrating community and friendship are largely gone. There is an air of regret and recrimination hanging over this album with many of these songs seeming to detail the breakdown of relationships and normal life. On ‘Room’, the first song completed for this album contains the lines “I made my bed, now it’s clear” as he has a breakdown, trying to tidy his room. The addition of a sample that sounds like the 6 Million Dollar Man springing into action is an ironic counterpoint.

The only real love song ‘Harlow’, is about his dog and instead of Joe Strummer-esque anthems about taking care of each other down on the street, ‘Leader’ takes a reggaeton beat, tribal drumming and pounding bass and turns it all into a protest march “if you’re looking for some water…won’t be here/if you’re looking for some patience…won’t be here”.

The single ‘Stressy’ hits the mark in a moody, DJ Shadow-esque way. All agitated, loud rock drumming, menacing bass line and a propulsive, over-the-speed-limit attitude – it’s the soundtrack to an anxiety fuelled car trip to oblivion. Despite that air of fear and loathing elsewhere the best track here is the one that leads, in its’ bittersweet way, into the light. ‘Alive’ likens a relationship to a car crash, “I can’t believe I survived, and all I lost was you”. It sounds clichéd, but works brilliantly as the layers of meaning in the clever, brutally honest lyrics reveal themselves. Backed by gorgeous, fat, squashy synths, female backing vocals and one of those winningly effervescent piano breaks, it is three minutes of pop perfection.

All in all, this is not El Khatib’s best set of songs, there are a handful of numbers that feel too slight or too brief to really hit home, but as ever hanging with Hanni is never boring and everything is totally real and from the heart. It’s great to have him back in some form, in fact it’s not just great, it’s important to know he’s still out there. Peace.