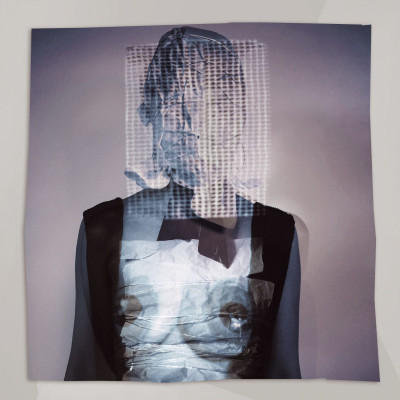 Circulation by Group A

I first saw Group A when they opened for Gnod at Electrowerks a couple of years ago, the band’s minimal sound spanning ambient, drone, industrial and dark techno, folk and classical was powerfully alluring to me but, admittedly, it was the band’s front-person using a switchblade to slash the microphone in place of an instrument that made them memorable to me. I’m not exactly sure how to frame Circulation but, I’d suggest you go into the album with an introspective and explorative mindset to fully maximise its effects.

‘Disobeyed Flute’ opens the album with a soothing flute ostinato that is repeated over and over against complimentary parts slowly turning tranquility into discomfort and unease. It’s very hypnotic and as often is found with hypnosis it can be meditative, but it can also be very sinister and needless to say, insidious. This mindset is at the crux of Circulation, trance-like instrumental passages that can twist and turn The title track itself begins with venomous electronics that seem to ooze into the album in an unnerving juxtaposition from the introductory track, but slowly this synth becomes the sound bed for a soothing ambient dub track.

The musique concrete facets of Circulation are particularly brilliant, those knife sounds that initially made me fawn over the band still cut to the core of what I love about artistry; it’s innovative and provocative, but most importantly, it’s well-executed. You can have great bands that do one of those things but, not the others. Led Zeppelin played really good rock music but, didn’t innovate fuck all. Eminem is provocative but, as far as I know he didn’t really innovate anything, he’s just fucking great at what he does. Unfortunately, it’s quite difficult to come up with artists that are innovative and provocative, but execute poorly, but that’s kind of my point.

This intrigue and singularity make Group A very exciting to me as a band. I would love to hear them do some collaboration albums, perhaps with Gnod who I first saw them perform with, or maybe some kind of trip hop artist. ‘The Devil To Pay’ has great percussion and vocals. It’d be amazing to hear that kind of thing with some rapping on top or even a more poppy big melody group that’s still kind of weird like Fever Ray or Tune-Yards. I suppose that highlights that there is a deficit of personality in these nascent works of the band. There’s an atmosphere, but it’s lacking the magnetism of top line melodies in parts and it’s lacking that emotional connection that makes you really fall in love with a band.

‘Consumer A’ also has great electronics and drive and I feel like it’s a good counter to the argument I was putting forward. In the sense that there is sometimes space for minimalism, and if you’ve followed my writing or the music I’ve worked on myself, you may know I fucking love ambient music, but at times, things have to happen or you’ll lose me. This album has a really good balance of atmospheric drones that sit in the background and engaging instrumental sections that jab at your brain and rope you in. It should also be noted that whilst on the one hand, it’s valid to lament any lack of personality in the band’s music, they are literally called Group A. A name with an inherent message of dehumanisation and egodeath.

This re-release of the album has been packaged with a remix of the title track by Hiro Kone and to be honest, it sounds like a Nine Inch Nails ‘Year Zero’ remix of the track, complete with digital wasteland drums and pulsating glitchy electronics. It fits well, with the whole vibe of Group A being the band that would perform at the warehouse rave in hell. There’s this narcotic, opiate vibe to their sound that feels like faces warping into Richard James-esque ghouls as you slowly survey crowds passing through social events, gurning all the way.