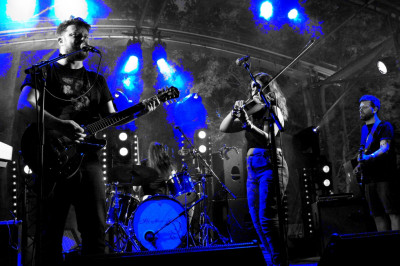 “What is that makes live music so special?” he asked.

It’s not just because you’re there, listening to the music you like, being played by the very people who made it. But that’s part of it.

It’s not just because it’s noisy and exciting and you can, if you want, have a few beers. But that’s part of it too.

It may be that, unlike listening to a record, or Spotify, or whatever, it’s a whole body experience. You’re there, you can see the show, you can hear the music, you can FEEL the vibrations in your internal organs, you can smell the sweat and the bodies of the other participants in this ritual. You can feel your heart beating, your mind altering, your endorphins flooding through your pipes and tubes. It is, or CAN be, a total immersion thing.

There are things that I can watch and enjoy in a live situation but have no real desire to listen to on record. Bands that I LOVE live, but never listen to at home. Black Metal, for example, really doesn’t hold my attention when I’m sitting in my chair at home, but can be enthralling and exhilarating live. Then there’s Hardcore, something that I have very little interest in outside of a gig venue, but you can’t beat the physical thrill of being surrounded by a flailing, windmilling crowd. To be sure, you can be damaged if you’re unlucky, but you know the risks, and mostly the windmillers try to look out for each other. Also, to the best of my knowledge, I have never been grappled with by Louis from Coilguns whilst sitting at home.

And it’s a social thing, too. I am, as a rule, quite a solitary kinda guy, but it’s nice to be at a gig and seeing the regulars who show up to all the same shows as you do. It’s nice to be able to meet and talk with the bands, especially travelling bands who may never have been  in your town before (clearly I’m talking about small venue gigs, here, and not the mega-band playing in your city’s gigantic enormo-dome stadium), and finding out that they’re real people. There’s even a little bit of satisfaction to be had by buying a CD or a t-shirt and actually handing the money directly to the drummer/van driver and knowing that your £10.00 will help them get to the next gig, or pay for a bed in a hostel.

There are, of course, some things about gigs that are hateful. Small gigs can be plagued by drunken dickheads out to cause mayhem. There are the inconsiderate talkers, who will ignore the bands and bellow loudly at their mates or their phones all night. And then there’s trying to get home from Glasgow at 2:00am, falling asleep at the wheel and totalling a traffic island. But the good stuff outweighs the bad stuff by a large margin. Mostly.

Outdoor gigs, too, can be miserable experiences. I recall seeing Springsteen in Glasgow and it was wet and cold and possibly the least fun I’d ever had, but then he played ‘The River’ and everything was forgiven.

Actually, come to think on it, my outdoor gig experiences have been almost universally and unremittingly grim. Kings of Leon and Bowie at Murrayfield – not at the same time – were both horrible. KoL played in a howling gale and Bowie had wet snow. Festivals are hideously uncomfortable, with the notable exception of Dunk, 2019 which was glorious in every way imaginable. I expect that festivals can be joyous occasions regardless of the weather if you are part of a harmonious group of like-minded friends, but give me the intimacy of a small club gig any day.

That said, sometimes you just can’t beat the spectacle of an arena show. I have stood slack-jawed watching Tool, Rammstein and Muse – again, not all at the same time – and will cherish those moments forever, however much my fondness for the bands has diminished over the years.

See, there’s the memories, too. I can remember Blue Oyster Cult’s laser show from 1979; Hawkwind’s  monumental Atomhenge set; Iron Maiden’s ‘Powerslave’ pyramids and sphinxes; Motorhead’s legendary Bomber;  Celtic Frost’s excruciatingly embarrassing ‘Cold Lake’ show;  Inuit’s gig in Opium, post-rock so catastrophically loud it made the furniture move; and so on, as if they were yest… well, the day before yesterday maybe. I remember my first gig as a naive sixteen-year-old, equal parts terrified and starry-eyed, as well as I remember my last, just before the plague began. But do I remember sitting in my chair listening to ‘Dark Side of the Moon’ or Mogwai’s ‘Young Team’ for the first time? I guess it must have happened, but I have no memory of it.

Right now we’re in the midst of the plague and everything is closed. There are no gigs. There are, of course, many on-line ‘virtual’ gigs, with bands, appropriately distanced, playing in front of cameras and live streaming for t’internet, but it’s just not the same. It doesn’t seem to matter how much I like the artists involved, it just feels hollow, a fraction of the real thing. Obviously, as with all rules, there are exceptions, mine being Tom Morris, and his semi regular couch concerts. Now there’s a man who can ruin me with a song at any time, any place.

Each and every live gig, good or bad, is a unique experience. It CAN’T be background music, because you are IN it as much as IT is in YOU.

I miss the gig scene terribly, and I want it back. 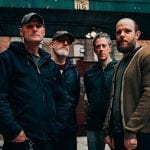