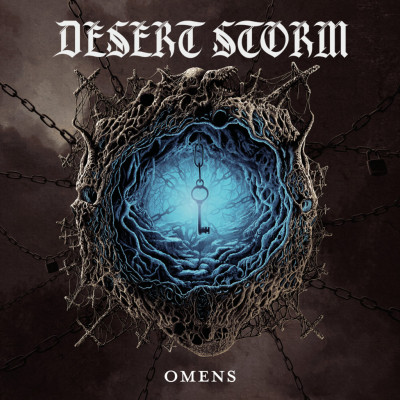 Listening to my radio these past two months the consensus seems to be that we need tidings of comfort and joy – if that’s how you feel, turn away now. I hear there’s a new Katy Perry album on the way.

With every Desert Storm release we have to exclaim that is their darkest and heaviest yet, and Omens is no different. Set in a world of fear and superstition, during an eternal night, lit only by the fires of watchtowers, waiting for an unknowable, unseen enemy, Omens returns us to the Dark Ages. Or are they the new Dark Ages? In truth these songs will have been written long before our world was changed by COVID-19 and it is almost too easy to see our current situation mirrored in Desert Storm’s pretty traditional metal lyrics. None the less, it adds a piquancy and depth to the experience, should you have the stomach for it.

On the first couple of listens to the album I was building the theory that Omens was indeed a concept album, set in the Dark Ages, as the modern world didn’t seem to intrude at all. ‘Omens’, the spoken word title track and album opener is like an invitation you have not the power to refuse to lose your soul, and is authentically, mad-eyed spooky, like something from a Ben Wheatley film. On closer listening it appears to be about battling depression and perhaps the whole album can be seen as fight against an internal darkness. This leads us nicely into the churning, dungeon-dwelling sludge of ‘Black Bile’. The song titles give it away – ‘Vengeful Gods’, ‘Lockjaw’ and indeed ‘Pain, Grief and Suffering’. Mankind is depicted as being at the mercy of the Gods and nature, too ignorant, too weak, forever helpless… only ever just moments from death. Long gone are the frivolities and follies of youth relayed on ‘Night Bus Blues’, or the stoner celebrations of ‘Collapse of the Bison Lung’, both from 2015’s Omniscient – only two albums back but seemingly a world away now.

What has remained from their stoner days is their ability to swing, so you may be dancing knee deep in filth, but you can still groove to huge sludge monsters like ‘Vengeful Gods’ and ‘The Machine’. ‘The Machine’, as spiteful a number as Desert Storm have ever produced, is the only song, six tracks in, where the modern world is faced, but things are certainly no better. Made plain during the songs quiet, mournful passage –

“…eradication of the plague that is human life, start the machine, end this race”

‘Vengeful Gods’ is the greatest tune here, being a set of pummelling riffs, huge crashing drums, set at a city crushing stomp, leavened at times by a repeated bridge with an almost uplifting melody. A spoken word passage, something the band use with increasing success, leads into a chorus of such heroic splendour you could almost miss that it’s basically a celebration of man’s destruction. It is a song worthy of stadium-sized crowd participation. Of course the band has long had the ability to produce sophisticated metal on a grand, epic scale and Omens has another of the bands Metallica-esque lighter-wavers. ‘The Path of Most Resistance’, a song of a hazardous journey through wilderness with no particular hope of a happy end, could sit easily on The Black Album, confident in its place. The guitar solo is spectacular too.

After all that has gone before, it is a mild surprise that the album ends with a song of hope in ‘Rebirth’. Just as it sounds, it is about the eternal soul, reincarnated in new hosts –

“Life is finite yet we are eternal, Refreshed and ready, empowered by this new host”

A gentle acoustic hymn, it displays a hitherto unheard tender and spiritual side to the band, who up to this point on ‘Omens’ had sounded gleefully murderous. You need  this quieter moment of uplift, as the rest of the album is incredibly dark and impenetrable on early listens, although repeated exposure to it will reveal the colour and clever detail amongst the black, nihilistic rage.

Omens is Desert Storm’s most consistently impressive album to date and cements their position as one of British metal’s unsung heroes. 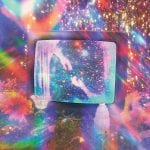 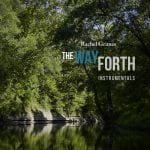