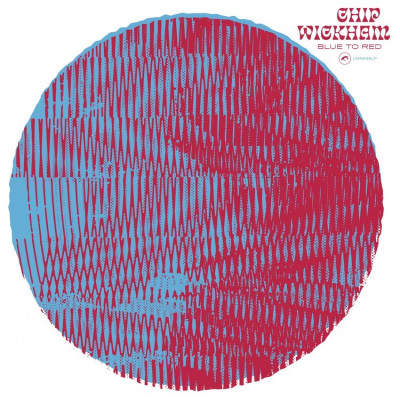 Blue to Red by Chip Wickham

Trying out to follow in the footsteps of any spiritual jazz master, whether it is John(or Alice) Coltrane, Pharaoh Sanders, or Yusef Lateef often turns out to be an insurmountable obstacle for many aspiring jazz musicians. You can even try getting into the spirit of some lesser-known, but on the less brilliant artist, but it can be an insurmountable task for many.

The key there does not necessarily lie in your technical skill but in that ‘getting into the spirit’ thing. The thing is, you either got it or you don’t. If the latter is the case, your music just simply will fall flat on its face, whether you play well or not.

Saxophonist/flutist Chip Wickham is not an unknown name on the British jazz scene, having already two albums under his name. Still, for diving into all the realms of spiritual jazz four years on the scene (his first album La Sombra, was released in 2106, and Shamal Wind, the second one, in 2018) it takes a bit of time to truly discern whether you have something substantial to say/play.

Blue to Red, Wickham’s latest release, simply proves that he does. First of all, Wickham proves that he has caught the spirit of spiritual jazz, something that actually cannot be bagged into only one genre of music. And there lies the main reason why Blue to Red works. It simply touches all the right emotional and cerebral nerves, no matter how good the dexterity of the musicians playing the music is.

Secondly, Wickham doesn’t lack in that department either, on the contrary. After all, he previously recorded, produced, and mixed everything himself. Here, enlisting players like Mulatu Astatke’s drummer Jon Scott and Nightmares on Wax collaborator Dan Goldman, Wickham just shows what true spiritual jazz can sound like if everybody involved, not only has the deep knowledge of what they are doing, but also a true deep feeling for the music.

And lastly, Blue to Red comes to us at a time when the deep, spiritual feeling is one of the things we can cling to, and Chip Wickham hits all the right notes for that to be possible.