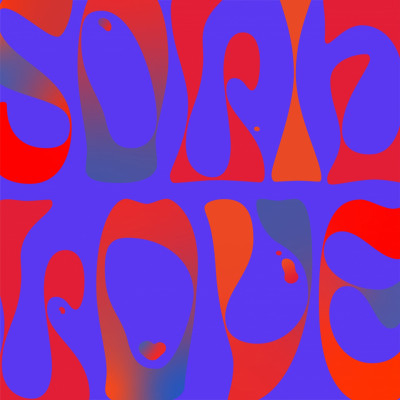 When you try and search for Adeline Hotel, or Hotel Adeline as it also goes by, you get three lodging possibilities from France to India and elsewhere. All of them seem to be places where anybody willing to travel to get some respite would immediately make their reservations. It would be hard to say whether Dan Knishkowy, who assembled Adeline Hotel, the band, as a permanent musical fixture had either or all of those in mind.

But, listening to Solid Love, the album they have come up with, he and his crew seem to be able to transport you to any or all of these places any time you play it. Actually, Knishkowy and the band, at the same time, seem to be filling in the gap unit Jim O’Rourke in his pop/Burt Bacharach goes folk phase or say Hiss Golden Messenger decide to come up with some music.

Surely that was not the intention of Knishkowy and Adeline Hotel, nor could you just lump them into the also-ran or ‘similar to’ category of a band. The quality of their music assured musicianship, arrangements, and particularly Knishkowy’s songwriting, based on this album can easily put them as one of the frontrunners of whatever genre you want to call their music.

Actually, Knishkowy didn’t just pop out of nowhere. He’s been around issuing albums with shifting lineups until coming up with the current one (Andrew Stoker – bass, Ben Seratan – guitars, vocals, Winston Cook-Wilson – keyboards and Sean Mullins drums, percussion), along with a number of guests. This could be possibly the reason his music in this incarnation sounds so assured and pleasing – as pleasing as the images of those other Adeline hotels. The ‘real’ ones.

But Adeline Hotel, the band, and  Dan Knishkowy have come up here with some mellifluous, soothing sounds without exhibiting a single iota of pretentiousness. Possibly the reason Solid Love is so much more than solid.