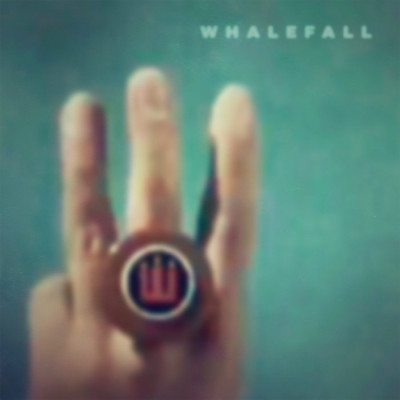 It Will Become Itself by Whale Fall

Majority of bands have a similar approach to putting out music. Whether working off of a prewritten idea or collectively playing to find a starting point, this has typically been the most efficient and effective way to write new material. New sections are added, practiced, restructured and practiced again. Ideas are recorded, played back, analyzed, rerecorded and rehearsed until the ideas are solidified and ready to be tracked in their entirety. The difficulty with this is maintaining the organic and passionate feeling of the original. Rarely is a band able, and brave enough, to both write and record their album in one visionless take.

Whale Fall successfully created It Will Become Itself from a single improvisational session. “The musical negotiations (of improvising) gave rise to particular unexpected and beautiful moments. The imperfections added rather than taking away.” Over the next year, the band took the recording and molded it into its final product. While adding overdubs to help impact specific ideas, the album gracefully takes an unstructured approach and conforms into a piece of absolute fluidity. Even in its most straightforward sections, stressing about what’s to ensue is nonexistent.

The five-track album opens with a beautiful piano and cello piece which slowly entrances the listener. Being the only track that isn’t part of the initial improvisation session, it’s a perfect introduction to their mammoth track, ‘El Caracol.’ In a conversation with the band, Erik Tokle, bassist and engineer/producer on this album, asked, “will anyone even listen to an 18-minute track?”

Forty-five seconds in, there’s a sense of perfection: a delicate percussion pattern and a single note guitar melody intertwine to slowly meet a soaring trumpet line. All dynamics, pitch drifts and variations are fully displayed by the raw and bare production of the album. The three-minute mark showcases Whale Fall’s patience and confidence through a buildup that weaves in and out dynamically, fronted by a haunting piano line. Eight minutes in and the intensity of the horns and strings feeding off of each other turns into a rampant and chaotic blend of sounds. The twelve-minute mark unfolds with light swirls of a synth wrap around a delayed guitar melody that falls into a string arrangement. The subtle tremolo fades out only to enter the third installment, where the tremolo bends and weaves us into another journey.

The answer to the question should be obvious: Yes, this 18-minute composition will draw you in with its constant transformation.

What’s most unique about It Will Become Itself is that it isn’t a reminder of another band’s work. Though aspects of its intensity, raw production and elusive layering can all be compared to other bands, the combination of the transitions and dynamic changes incorporated on the album makes this feel incredibly refreshing. The album is somewhat of a mystery – one that we’re not supposed to understand but are fortunate to be a part of.

In a day and age where singles and immediacy flood the music world, it’s difficult to find records with such substance and wholeness. The primary strength of this album is its continuity. The flow is never interrupted or disjointed and is cyclical in the most appropriate ways. The production allows the album to remain raw, making it vulnerable to its own sincerity of the recordings. From western lined vibrato flourishes to washy, room filled drums to flamenco brass flares, nothing feels out of place or forced. After my first full listen, I recall finishing the album, just after the loose, transparent ending of ‘Pacific,’ looking up and thinking ‘there should be more.’

As listeners, we are fortunate that Whale Fall created this rarity, It Will Become Itself.