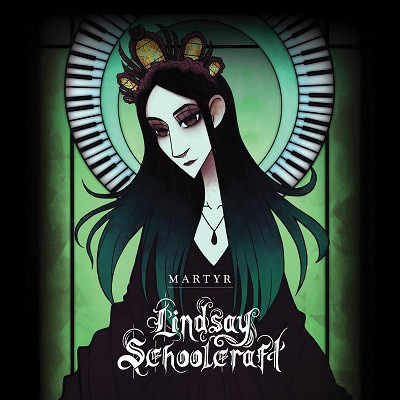 Lindsay Schoolcraft has been writing and composing music since 2010. She has been nominated this year for the Juno Awards for Metal/Hard Music Album of the Year. Not only that, but she can sing, play the piano, and the harp. Beyond her time as a keyboardist with Cradle of Filth (2010-2020), Antiqva with co-founder Xenoyr, as a character Skvllcraft in JP Ahnonen’s comic book designs, and as a part of the Belzebub’s 2019 debut release, Pantheon of the Nightside Gods.

What Lindsay wanted to do last year is take it a step further. With the release of her solo debut entitled Martyr, she’s continuing to spread her wings even more. With amazing artwork done by Anastasia Solti, it almost reminded me of the animated series on ABC’s Saturday morning, Tim Burton’s Beetlejuice from 1989 to 1991, based on the cult classic film starring Michael Keaton.

She’s also starting her label called Cyber Proxy where she will start releasing her music in the years to come. With Rocky Gray, former drummer of Evanescence in the forefront, he gives Lindsay a helping hand on the lyrics and her guitar and drum parts for the album. To give her that bright and shining light that she needs for the castle halls to be resurrected.

‘Stranger’ has these spirits come to life as the electronic drum beats fill up for the pounding riffs to fill up those tanks as Lindsay increases the tension by tackling the subject of abuse. It tells this story on the characterizations for someone to give them a helping hand to get away from the rubble that they’re in and learning how much struggle they went through, to stand up and defend yourself.

‘Blood From A Stone’ is Schoolcraft’s nod to the lyrical structure of Peter Hammill’s ‘A Louse is not a Home’ from his third studio album released in 1974, The Silent Corner and the Empty Stage. You can feel the disturbance and increasing textures that she brings to the table. You can hear some of the guitars rising from this droning atmosphere by walking through this abandoned house as it segues into ‘Dawn’. With its string and electronic sequences, it helps Lindsay’s vocalizations by crying out to the gods as the grey clouds come in a manner of seconds to cover up the blue skies and the sun.

‘Dangerous Game’ and the opening track ‘Savior’ come out swinging by letting her listeners know that she hasn’t forgotten her roots. Not only in the Gothic Metal structures, but tipping her hat to Haken’s Richard “Hen” Henshall and Ross Jennings’ arrangements on ‘Nocturnal Conspiracy’ from their second album, Visions. And then on the eighth track, the music becomes this extreme symphony which is shown on the Beauty and the Beast arrangement of ‘See The Light.’(feat. Xenoyr), he punches you in the gut with some snarling vocals as he gives Lindsay another helping hand. When you listen to this, he blows the door down with a hardcore punch as the guitars and drum patterns sound like machine guns that are sweating some heavy-duty bullets that fires unexpectedly.

Martyr is Lindsay Schoolcraft’s crowning jewel. She has been around for 10 years making music. From releasing singles, EP’s, and her time with Cradle of Filth, the wings have finally been spread with her solo debut. So who knows what the future will bring for Lindsay Schoolcraft. But for all the hardship she’s done, the roaring ‘20s for her, has only just begun. 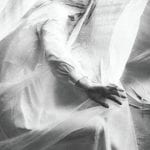 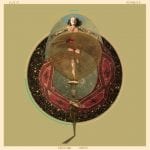