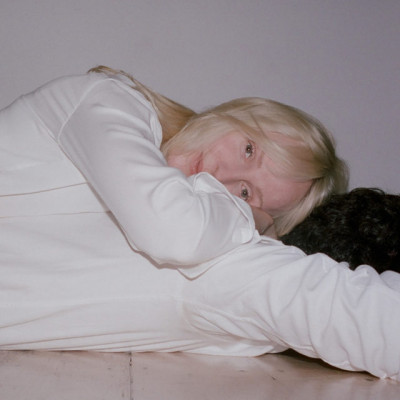 Song For Our Daughter by Laura Marling

Laura Marling surprise dropped this album on April 10th , figuring there was no reason to hang onto it, and of course we deserve all the good things we can get right now. If you’re a devotee of Marling’s work then you’ll already have the digital version of Song For Our Daughter by now and will be pre-ordering the physical release, due in the autumn. If like me, you are a casual admirer who dips in and out of her work, then this may be the perfect time to check in, as something wonderful is happening here.

The instinctive, relaxed attitude that saw Marling send this album out into the world early is a pointer that to quote Dylan “things have changed”. I have always admired rather than loved Marling’s work, it’s a little too pure, too precious and doggedly haunted by the ghost of Joni Mitchell, an artist who is revered by music journalists of a certain age, who have, perhaps unhelpfully anointed Marling her sacred successor. It’s all a bit too neat and tidy for my liking. Then in 2018 LUMP released their debut album, a collaboration between Marling and Mike Lindsay of psychedelic folkies Tunng, it was a gorgeous, strange, luxuriously appointed fever dream which saw Marling unwind, made free by the chance not to be “the chosen one” within the guise of LUMP music. Song For Our Daughter continues Marling’s escape away from the Laurel Canyon prison she and the music press have built for her.

When her debut album Alas, I Cannot Swim was released Marling was a teenager and now on album number seven she has matured fully away from any of the solipsism of youth and thinks much more of others. The daughter of the album title is not yet a reality but future generations are now much on her mind. There is a fair bit of ‘fuck the patriarchy’ themed venting on these songs as the artist considers the struggles her imagined daughters will face. A fierce, protective love already awaits, as evidenced by the wild-hearted ‘Strange Girl’, over a hip-swinging Lou Reed acoustic strum Marling seemingly hymns to a future sparky mother-daughter relationship “Oh young girl please, don’t bullshit me”. Truly joyous.

The title track is an angrier companion piece where she warns of being exploited “with your clothes on the floor, taking advice from some old balding bore” – it’s a acknowledgement that the issues of the MeToo movement are far from over. There is a questing, hopeful air from the accompanying strings and piano and the song ends as a celebration of education and empowerment.

Yes, there are songs that stick more closely to the hushed folk template of the past but there is warmth in the grooves and the lyrics seem more grounded and generous. On ‘Only The Strong’ Marling decides “Love is a sickness cured by time…hope that you can change my mind”, which may be the most perfect lyric of the year.

Another moment of perfection is ‘Fortune’. It begins at a charming lilt, a smile on Marling’s lips as she carries out a smirking autopsy on a relationship; strings add an air of breezy whimsy, almost but not quite masking the pain contained within. It is recognizably Laura Marling, but there is a puckish spirit at play that reminds me of Randy Newman, or a gentler version of Dylan circa Blood On The Tracks.

The dreamy soundscapes heard in LUMP have been harnessed to pretty effect in sad ballads like ‘The End Of The Affair’ which is mostly just voice and a picked acoustic guitar, but made lush by swells of massed vocal effects. Sometimes the songs don’t require new textures, they are just damn good songs, so whilst ‘Hope We Meet Again’ is pure Americana, with a haunting slide guitar right out of the Calexico text book, it doesn’t need anything else, there’s plenty of diversity elsewhere.

I’m still exploring this album, the nature of this release meaning I’m trying to bring you this review before it becomes ancient history. Some songs haven’t yet made an impression, but if you’re looking for one track that defines this album, then I would say listen to ‘Held Down’ which displays all the new languid, easy going charm and warm psychedelic touches that make this record such a gloriously surprising success.

Song For Our Daughter is a rich, fascinating album, which heralds a new phase in Marling’s musical career in which she may well become a slightly cranky, eccentric, earth mother figure. Let’s hope so. You get the feeling there’s lots more to come.