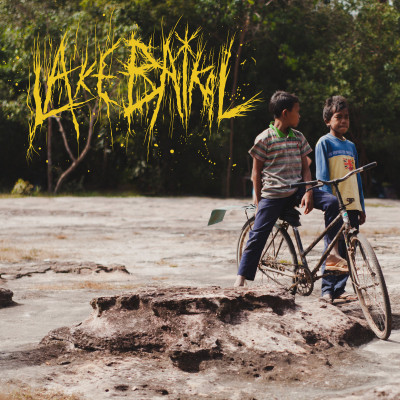 This could be the first in a stream of release that faces the hold up of coronavirus lockdown. Whilst waiting to record the vocals for the other tracks on the EP, Lake Baikal has decided to release Astral Rot to the world and what a fortunate decision it is. The sprawling 15 minute track from two of the members of Corrupt Moral Altar takes you through black metal, post-black metal, doom, sludge, post-metal and even touches of ambient. Yes, that sounds like a complete mess and an impossible task but Lake Baikal sends you on a superbly well executed journey that left me desperate to hear what is next.

There are no gimmicks or pieces of repetition as the band flows from genre to genre and shows a great understanding of how to keep moving and progressing. There are a few constants on the track and the obvious one is the vicious black metal growls of Chris Reese, even during the moments of genre changes the dripping vocals remain familiar so you aren’t lost. For the black metal sections this clearly works well but it also adds a great atmospheric effect to the parts that contain more of a sludge or post-metal feel.

Secondly the drumming is of an unbelievably great standard, the patterns never remain the same and you can listen to this track over and over and pick out something new in Ste Wilkinson’s exemplary display. From blast beats to slow thunderous kick, all round fills to sharp snare hits, Wilkinson doesn’t leave an inch of kit untouched and along with the excellent guitar themes of Tom Dring it’s a real driving force for Astral Rot.

The other thing I have found to be constant is that each time I have gone back I have discovered something more, such as a passage of saxophone and later on the ethereal vocals of Harriet Hughes. It is fairly ridiculous that Astral Rot works as a song by itself, I can only imagine the impact songs of this depth and quality would have served as a full EP. Hopefully we won’t have to wait too long to find out.