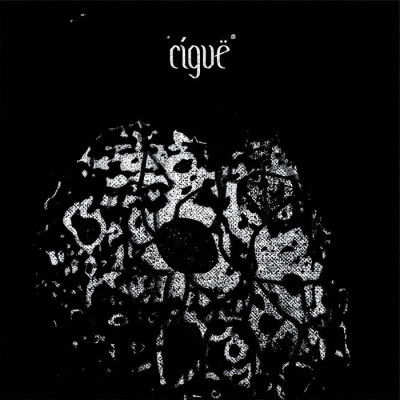 I guess it has to do with poetic imagination as the common source for art and magic: natural elements as metaphors, music and witchcraft as a way of transforming energy.

Catherine G. is immersed in music, through her work as a professor, philosopher, writer, editor etc, straight through to her musical projects as a musician (M[[O]]ON, CIGVË). On May 1st she is set to release her debut album via her solo project CIGVË titled What Makes Them Burn. The album is being released via Oaken Palace Records, a “charitable record label that uses all its profits to support various environmental organisations all around the world”. What Makes Them Burn is an adventure in an auditory soundscape. An incredible listen from start to finish. What makes this release even more special is that it is being dedicated to the “critically endangered Blue-Eyed Ground Dove and all proceeds from tape sales will be donated to its conservation and protection”. Adriana caught up with Catherine to talk about this release, how she started in music and more.

E&D: You wear many hats: philosopher, writer, editor, researcher, musician etc and the recurring theme through it all is music. When did your love of music start and when/how did it progress into the world of drone music?

Catherine: Like many kids, I grew up listening to whatever music was played at home, which in my case was classical music. I got really into it, was obsessed with Pergolesi’s Stabat Mater and wanted to be a classical music singer. I just worried that I would have to look like the Castafiore to do so, so I turned to punk rock and black metal instead. It’s extreme metal that led me to drone.

E&D: Are there specific musicians or bands that have influenced you along the way?

E&D: When did you start playing guitar and are there any other instruments that you play?

Catherine: I started playing guitar when we did M[[O]]ON and never learnt to play that instrument properly. I’m a bit more apt with the piano, but I find it more interesting to play an instrument I don’t master.

E&D: Your knowledge of extreme metal and noise music is vast. How does it influence you when composing and performing your music? Does knowing the intricacies of the genre help or hinder the creative process?

Catherine: I would say playing has helped me in my research—I never want to be like those philosophers who speak from a distance and don’t want reality to get in the way of a nice concept. But I tend to leave my brain in another room when it comes to playing. I’m not sure it would be a good ally.

E&D: You are also half of the experimental duo M[[O]]ON. What made you decide to start your solo project, Cígvë?

Catherine: I was finishing my PhD, and writing a dissertation is a sort of self-imposed lockdown. So I brought my amp home, and would play whenever I took a break from writing. Then this great person and artist named Elodie Lesourd invited me to play at a festival she organized, Quasarites Day. I had to find a name and piece together a set while all I had been doing was trying out weird sounds at home. I guess it was a common case of “lying things into existence”, as Kathleen Hanna put it.

E&D: What made you choose the name Cígvë as your project name?

Catherine: I love the ambivalence of poisonous plants: they look so pretty and they can kill you. They’re often a pharmakon, the poison and the cure. Also, when Socrates, as depicted in Plato’s Phaedo, just peacefully drinks the poison because he knows he is in his right, I think it’s pretty badass.

E&D: Your debut album titled What Makes Them Burn will be released on May 1st via Oaken Palace Records and includes a limited edition cassette. Can you tell us about the album and its theme?

Catherine: I guess it has to do with poetic imagination as the common source for art and magic: natural elements as metaphors, music and witchcraft as a way of transforming energy.

E&D: I read that the album was recorded live in a tiny basement. Was that a purposeful decision? (The reverb on the album is superb.)
Did you compose the tracks before recording or was it improvised? How do you approach the writing process?

Catherine: What was recorded are the stabilized versions that came after a lot of improvising and playing live. I played some shows in the spring of 2019, and for each show, I tried to add a new track, as I didn’t want to get bored. By the beginning of the summer, I had all these tracks, and my friend Dario, who plays in a really cool noise band called Bruant Zizi (https://bruantzizi.bandcamp.com/) offered to record them. The tiny basement was the easy, cheap DIY way to do it.

E&D: What effect pedals did you use to record? If there are too many to list, which of those pedals are your most favourite to work with?

Catherine: I wish I could say something fancy here but it’s pretty basic: there’s fuzz, reverb, tremolo and delay. Most of it is second hand Electro-Harmonix, but I do have a pretty Hummingbird tremolo from Earthquaker Devices.

E&D: As mentioned before, the album is being released via Oaken Palace Records which happens to be a registered charity. For those who don’t know, the charity/label raises money for environmental causes through releasing drone records and tapes dedicated to endangered species. You’ve dedicated this album to the critically endangered Blue-Eyed round Dove and all proceeds from tape sales will be donated to the Dove’s conservation and protection. I wish all albums were released this way. How did you go about choosing the Blue-Eyed round Dove?

Catherine: I like that the blue-eyed ground dove was thought to be extinct but came back from the dead, so to speak. Before it was rediscovered, there wasn’t even a photo of it—it was just known through museum specimens. It’s like a folk tale coming to life, some kind of resurrection that allows us to be optimistic for once. However it’s still on the brink of extinction, and its existence is really fragile. Also, they have Bolsonaro for president, which means they need help.

E&D: Once COVID-19 restrictions have been lifted, are you planning on touring or is live-streaming a possibility in the meantime?

Catherine: I would love to play many shows, but obviously it’s really hard to make plans right now. I don’t think anyone would benefit from me live-streaming from my kitchen, though.

E&D: I think that might be pretty cool actually! Lastly, during this time of self-isolation, what artists are you listening to? Is there a good book you are reading?

Catherine: I’ve been listening a lot to Midwife, to some Dutch black metal (Fluisteraars, Turia) and experimental stuff (Mariska Baars, Machinefabriek, Roger Aquarius), to some SIGE artists (mostly William Fowler Collins and Daniel Menche). I just finished reading Carrie Brownstein’s memoir, Hunger Makes Me a Modern Girl. I was sad it was finished, I wanted to hang out with her some more.