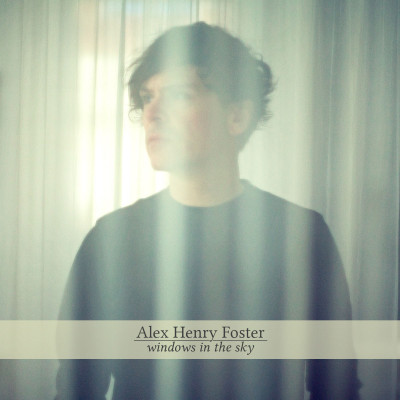 Windows in the Sky by Alex Henry Foster

The wild overstatement of the ‘sounds like’ descriptions in the PR emails we get are something of a running joke in our writers’ group. If I had a quid for every email that optimistically claimed that the band therein ‘sounds like Fugazi’ I would be a rich, not to mention happy, man. They never, ever do though.

So when this album by Alex Henry Foster, previously of Montreal underground rock collective Your Favorite Enemies, came through with a lofty subject line namechecking Mogwai, Sonic Youth and Trail of Dead I was sceptical to say the least; in fact I joked to my fellow writers that “This will either be the best album ever or a tremendous disappointment.” firmly expecting it to be the latter.

Reader, I was wrong.

Or at least, I was kind of right but my assumptions were wrong. This album is exceptional. The ‘best album ever’? Maybe not, but it’s a damn fine try and will certainly feature in more than a few end of year lists when that time comes back around.

In addition to those 3 bands cited, and it definitely does sound a lot like Conrad Keely singing over backing tracks provided by Mogwai or Sonic Youth in places, I would also humbly throw in the name Slint. Much of the album’s scratchy, slightly off kilter music, as well the spoken word delivery of some of the vocals, appear to owe as much to Spiderland as anything else in my mind.

That said, it does both Foster and the album a tremendous disservice to bang on too much about its influences because it is very much its own beast. The combination of these influences, and no doubt many more, have resulted in a record that at once sounds familiar but fresh, anthemic yet challenging. One thing it is absolutely not is easy listening.

Written in the wake of the death of Foster’s father, there is much of the melancholic introspection you’d expect from such a scenario but also much, much more. Alongside the soul deep sadness chimes other notes; love, loss, anger and hope all intermingle here producing something that transcends all of them in the most stunning way.

It’s hard to really pick out tracks from the whole because it really is that, a whole, but the 4 track run in the middle from the sprawling 15 minute epic ‘The Hunter’ through to ‘Lavender Sky’, possibly the most ‘traditional rock song’ on the album, are as good as anything I have heard in a very long time.

The reasons for this album coming in to existence are sad ones for sure, but I truly hope that Foster found some catharsis in the creation of what I can only describe as a musical masterpiece and that the album, and the acclaim it will surely draw, can stand as a testament to those Foster, and all of us that listen, have lost.