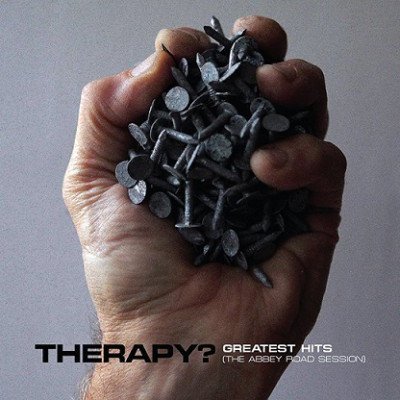 To celebrate thirty years of creating consummate noise rock bangers, Northern Ireland’s Therapy? have decided to approach reminding us of their twelve most successful Top 40 UK singles by re-recording them in the famous Abbey Road studio. Alongside producer Chris Sheldon (who produced their classic Troublegum album as well as Semi-Detached, High Anxiety and last record Cleave), the band have lovingly turned in some great versions of some of their finest moments on Greatest Hits (The Abbey Road Session). Andy Cairns said “We’re proud of these songs and are excited by how fresh they still sound today. We hope these tracks will comfort those already familiar with them, remind estranged friends that it’s time they got back in touch and show younger listeners how a bunch of misfits use chaos and melody to get through life and its toughest challenges.”

I’m old enough to remember Therapy?’s earlier releases when their sound was primal, yet there was always an inclination to create earworms. Here were some inspired young men determined to break free from the shackles of growing up in a country with more than it’s fair share of problems. These guys just wanted to make music that would let the kids from all sides get together and have a fucking good time. By the time of 1992’s Nurse album, the band had realised that stepping into a recording studio and enhancing their raw energy with some enhanced production was a good idea and this would manifest itself in 1994 with their breakthrough album Troublegum. (That album actually plays like a greatest hits).

Following up the success of that album with 1995’s Infernal Love, the band got a little over indulgent with the studio effects (hooking up with Belfast DJ David Holmes). They lost drummer Fyfe Ewing and reigned themselves back to writing powerful pop on the underrated Semi-Detached in 1998. But that would be the end of the Top 40 troubling for the band for the rest of their days as they shifted into releasing albums that you either love or hate. As a long term fan of the band, there are some of those records that are so twisted and ugly I can’t listen to them (though I kept buying them in hope). However, 2018’s Cleave album was a fine return to former glories and rightly garnered the band great critical acclaim.

The oldest hit here is the nasty ‘Teethgrinder’, fully energised and powerful, the propulsive slippery beat and choppy riffs are fused in with those familiar yet random samples and Cairns sounds downright filthy as his distorted tones induce creeping flesh. I love the way Therapy? retained Fyfe Ewing’s super tight snare drum sound after switching up drummers (Neil Cooper has been stickman since 2002). It really defines their sound along with Cairns’ acerbic guitars and Michael McKeegan’s incessant bass rumble. ‘Screamager’ is a perfect punk/pop crossover song that still stands the test of time. Travelling along at hyper speed this version shows no sign of age affecting their performances.

Cairns has always had a way of keeping people in their place with lyrics that cut to the quick. The “Never really cared about you, never really got to thinking about you” put down of non-album oddity ‘Opal Mantra’ is spat out with considerable vitriol, as the band sweat buckets over their instruments creating a turbo charged backing.

The chorus of ‘Turn’ won’t ever fail to cause mayhem in mosh pits no matter where it is played, the tension building verse teases before that explosive eruption. I haven’t ever considered the similarities between Therapy? and The Jesus Lizard until now, but the combination of bowel shaking bass and Cairns’ off kilter guitar licks certainly mimics the angular noise rock the Chicago quartet create. Over the years Cairns has made some serious contributions to the world’s greatest riffs and his ability to keep conjuring up variations of essentially the same thing isn’t too far removed from George Young’s knack for invention. Those riffs are the driving force behind Therapy? and ‘Trigger Inside’ is brimming full of the fuckers, every one executed with immaculate precision on this version too.

Featuring James Dean Bradfield on guitar and backing vocals, the chord progression in ‘Die Laughing’ is almost warm and comforting given the aggression of most of Therapy?’s songs. That chorus of “I think I’ve gone insane, can’t remember my own name” is an addictive earworm and that’s before you get to that sublime bridge. The lyric “…and I would kill for a good night’s sleep” often flashes into my head, having two young children. Stripped of the luxuriant brass that made its way onto the studio album version ‘Stories’ is now a violent and intense ripsnorter that hyper shifts along at a frightening pace, to match the cutting intent behind the lyrics.

The band have created umpteen pop nuggets over the years and ‘Loose’ borders on happy with a melody that is wondrously summery despite the dark tones of the lyrics. I wondered how the Grant Hart penned murder ballad ‘Diane’ would be treated at Abbey Road and so it was a great surprise to find them shaking it to its very foundations and turning in a full-on rock version with waves of distorted guitars. Cairns provides a rare and majestic guitar solo showcasing he is more than just a riff master. Those deeply unsettling lyrics still shock and take you to a place you don’t want to be.

Taken from one of Therapy?’s finest albums, Semi-Detached, ‘Church of Noise’ is actually one of my least favourite songs from the band, the gnarly twisted riff messes with your head and this version gloriously edges into chaos, just how they like it. Someone on Twitter described ‘Lonely Cryin’ Only’ as the best Roy Orbison song he never sang. This perfect pop nugget is for me, Andy Cairns’ finest moment. The song is absolute perfection with a beauty of a tune mixed with some furious guitar fireworks. The album also contains Troublegum belter ‘Nowhere’ but for some reason the promo I was sent doesn’t have it. It’s also worth pointing out that the CD edition will also have a bonus live bootleg featuring a track from each of their albums, all handpicked by the band.

Therapy? wanted to do something special to celebrate their 30 years of existence and this album is a fine treatment of their most commercially successful songs. They are played with the same fire and intensity as ever and if anything, years of playing these songs to enthusiastic audiences means the band know them inside out and the performances are super tight. There have already been a few compilation albums and Therapy? have better songs than the 12 featured here, but that’s just testament to the song writing skills of Cairns and McKeegan. Also, the band have to try and make a living off this racket! They proudly declare on their website “We are Therapy? Helping the afflicted since 1990”. Thrilled to have been one of the afflicted and very grateful for the aural therapy. 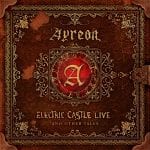