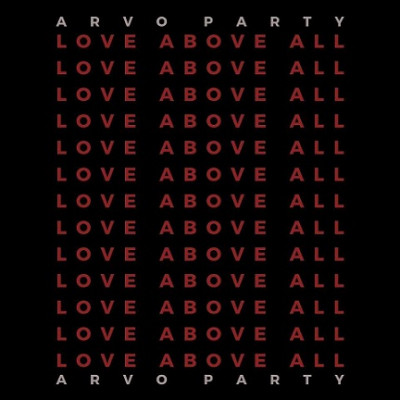 Love Above All by Arvo Party

Arvo Party is the rather splendid name under which Northern Irish artist/producer Herb Magee, has been releasing self-produced electronic music since 2015. (I only recently came to know of the existence of the Estonian composer, Arvo Part.) Garnering great critical acclaim, not to mention awards and nominations, here comes third long player Love Above All to further enhance Herb’s increasingly glowing reputation. The sound of Arvo Party is best explained from the brief PR, “traversing ambient, drone, neo-classical and experimental electronic sounds, as well as straight-up electronica, the Arvo Party sound is an attempt to find the lonely space between melancholy and hope.” Perfectly put.

You may be familiar with the name Herb Magee from his previous exploits as bass slinger with snarly upstarts LaFaro, from about 10 years ago. They were touted as one of the next big things when they used to wreak havoc around Belfast, though at the time I have to admit they weren’t my cup of tea and I couldn’t understand the fuss. Time has since taught me those guys were onto something and their two albums stand the test of time. I wanted to mention this to put into context the substantial departure Herb has made from vitriolic punk rock fury to this marvellous melodic and spacious music.

I need to be honest here and admit that Arvo Party’s first two albums flew under my radar (until now) and it took a stunning rework of the Cyndi Lauper/Roy Orbison classic ‘I Drove All Night’ that really put me into a tailspin. With some angelic vocals from LARKS I couldn’t stop playing this version and the layers of synths and the sublime melancholic edge that Herb added tore at my heartstrings. Now, that was a straight-up pop song and it so happens that Herb’s albums are full of depth, complexity and require multiple plays to absorb all of the sounds contained therein.

Love Above All opens with a low droning hum while ghostly voices and little tiny sound sprites sprinkle magic dust in the air. This is ‘Tennyson’ and it arouses your interest with deft hanging bottle percussive flickers building up to the pay-off of Aphex Twin-esque skittering beats and soothing synthesised voices and tones. The track starts off with mellow intentions but ends with you restraining to keep yourself from dancing. I’m thinking what we have here is a sun-kissed Underworld groove that sets us up very nicely for what lies ahead. After the urge to move has dissipated ‘Exvoto’ teases with a low slung funky undertow of a bass groove while a shimmering synth slips and slides. The track disintegrates into a minimalist passage before erupting into an explosion of kaleidoscopic sounds that surround you, transporting you onto a fabulous disco dancefloor.

On ‘A History of Everything, Including You’ Herb manages to create sounds that make you picture big fluffy clouds, then those pinging snares flutter into the mix, like raindrops, and the effect is stunning. I always welcome the sound of a zither and the first thing you hear on ‘Melodie’ is the sound of a delightfully frisky one. The disorientating beats that bounce about make your brain melt a little before gathering you up for another whirl around that heavenly dancefloor as the music elevates with joyful abandon.

The beautifully played sounds on ‘Other Ghosts’ echo the tiny orchestral majesty of The Magnetic Fields. I’m not going to make a fool of myself by trying to guess how they were created but it sounds like a myriad of wondrous eastern stringed instruments, and possibly harps. I could listen to this track all day and with every listen I’d hear new nuances and melodies, it is all consuming and more than a little bit genius.

Title track ‘Love Above All’ shuffles along on a train track groove with some marvellous Jan Hammer synths before eventually morphing into a pulsating electro funk banger that recklessly unleashes joy endorphins into the atmosphere. There’s a riot goin’ on and you cannot help but want to get down into the middle of it. After this elation comes the downbeat and melancholic ‘OV’ which stunningly fuses choppy retro video game beats with warm waves of lapping synths and delicate chimes and perfectly positioned piano. ‘Constellations’ whirs into life with what sounds like a banjaxed bagpipe, before shifting into a ‘Windowlicker’ type manic groove of off kilter beats, ice cool synths and a kooky sample that sounds like a perfect yawn. Every play will bring new sounds to the fore such is the depth of the instrumentation adding to the repeat play factor.

Bordering on folk, the sampled and heavily effected voices that form the backdrop of ‘Cerice’ bring a ghostly element. Not content with fusing in an entirely random genre, Herb drops in some operatic voices and some beautiful stringed instrumentation that re-appears on the gorgeous ‘Terminal 5’. A sister track to ‘Other Ghosts’ the samples that zip together to form the basis of this track are incredibly inventive and mesmerising. A seismic throb emerges from the ether to shake the dust off and the track veers off tangentially into a John Carpenter world of unsettling atmospherics before eventually settling into an abrasive droning groove of heavy bass and complex percussion.

With a head scratcher of a song title, the brief ‘Crux Mons’ turns in a momentary nod to the magic of Burial with heavy atmospherics and whacked out vocal samples, that have been twisted and contorted beyond recognition. The bumpy beats allude to something else but the track doesn’t stay round long enough for us to find out what that might be. Completing this captivating album albeit in a slightly odd manner, with the final tracks ebbing away as vignettes of sound as opposed to the fully formed tracks of the first half of the album, closer ‘Unfrequented’ relies on calming the senses with waves of experimental drone and the kind of spacious synths that the aforementioned Burial employs to warp the mind.

As I mentioned, I need to go and reinvest some serious time into Arvo Party’s first two albums. From a cursory listen, debut album Arvo Party features a harsher palette of instrumentation and is perhaps a little raw compared to the slick arrangements of Love Above All. By the time second album II came around Herb had progressed into a more widescreen cinematic sound, which is now fully formed and Love Above All is the better for it. This album equals work from other notable electronic music producers and the production is superb throughout. The range of ideas, sounds and atmospherics keep you captivated throughout and the tracks that are prepared to move away from traditional synth tones are something that I would enjoy hearing more of. Herb Magee has an ear for a melody, a supreme way with an arrangement and a work rate that would put a colony of ants to shame, with a constant flow of remixes aside from his own releases. Love Above All is a beauty of a record, Arvo Party has come a long way in a short period of time and here’s hoping there’s a long way to go. 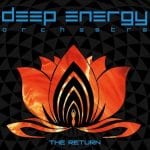