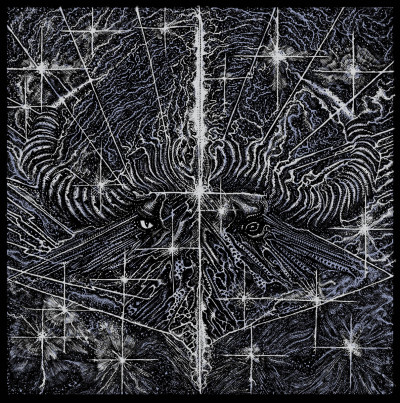 Meridians by The Osedax

I have no memory of how I stumbled into The Osedax in late 2015, but I do remember that Titans Lament kept clawing me back for more and more listens. I was so blown away by it that I made a rare digital only purchase and this led to the joyful email from Bandcamp alerting me to its newest release, Meridians. A lot has changed since 2015 and even thought the band slimmed down to a three piece it has allowed itself to expand into a far more spatial atmosphere yet still remain grounded with some blasting sludge, doom and blackened post-metal.

When the band kicks it they absolutely nail everything it turns its hand to. ‘Offen’ is tinged with a slower doomed sludge which bleeds into post-metal. ‘Beacon/Ox Eye’ has some superb blast beats and screaming vocals with a driving rhythm similar to Bosse-de-Nage before it slows into a more slumbersome sludge. ‘White Horse/Tempest’ again caresses the lines between post-metal and sludge. The moments of action in these three tracks is truly brilliant and The Osedax remains one of the best bands at carrying out a marriage of those different flavours.

However, all of the tracks contain moments of quiet drone before these high points and unfortunately they don’t seem to relate to the heavier parts that they proceed. The previous album had plenty of quieter moments, but they built into the fabric of the song. On Meridians it seems a bit more disjointed, for example ‘Beacon/Ox Eye’ has nearly four minutes of dark drones with small flicks of guitar before it stops and feedback begins to screech into the main body of the song. On Titans Lament the buildup felt organic but here there doesn’t seem to be a relationship between the intro and the music that follows. The disjointedness may be the intention but without that explicit knowledge it does seem to take away from the great heights that are reached, although if unfocused your attention can drift away before the blasting drums and riffs snap you back into the music.

Closing track ‘Ratlines’ sums up these issues as it threatens to build into something as the guitar expands but it then just melts away after seven minutes with no reward. If you allow the drones to worm into you it is very easy to fall into the record and have your bones shuddered back to life when the full band lets rip. The only issue is that it can be quite easy to drift too far away waiting for the action.