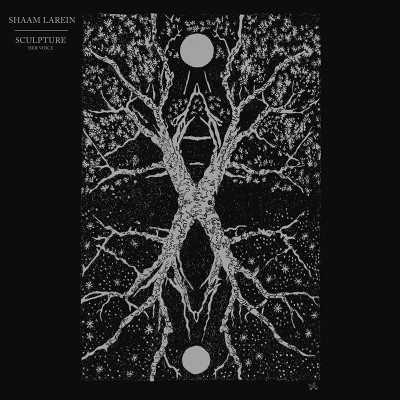 Gothy and grim, yet beautiful and utterly captivating, the debut release from Sweden’s Shaam Larein Sculpture should get her some well-deserved recognition. Sculpture is seven tracks of moody, doom-esque, hard/rock showcasing the diverse background and inspirations of Larein. And they are many…

Larein grew up on stage, acting in her father’s travelling theatre. Musically she starting singing Jazz but other influences began to permeate. Her background is from the Middle East but she was brought up within the diverse art and music scene of Stockholm. Sculpture is the amalgamation of her many influences. Her bio summarizes: ”She is walking the streets with PJ Harvey singing in her ears, has a little love for the life of Carmela Soprano, and Billie Holiday wakes her up with coffee in the morning.” That is quite an intriguing range of influences!

Of her influences, Shaam says: “my inspiration comes from a wide range of artist, the sombre and gloomy as well as the lucent and dazzling. Sculpture have become a pit of many expressions, where I have created freely. Since I come from the Middle East myself, it becomes quite obvious in my creation that that touch comes in and mixes with the heavy rock we play. It may not be so obvious to all listeners, but it usually falls into place for those who knows the Middle Eastern sound. The scales are pretty clear in the songs.”

The first thing you’ll notice about Larein’s music is her voice. I would expect to see inevitable comparisons to the elite women of Goth Rock. I hear a bit of Siouxsie, and a bit Wolfe but Larein also has her own unique style. Her work in theatre is very apparent to me. Her voice has a very epic, priestess-like quality. It is commanding and enthralling with each word sung piercing like tiny seductive, sonic little daggers. Throughout the album, her voice is complemented by some lovely background vocal layering and the occasion vocal effect. I believe, she has the potential to reach the upper echelons of the genre with her extraordinary voice.

Musically the tracks live in the gothy rock and hard rock/metal realm. The songs often start with slower pacing (reminiscent of doom metal) but swell into deeper levels of intensity, passion and grit. There are some stunning and catchy guitar melodies as well. I found ‘Volcano’ and ‘Memories’ to be standouts. Larein’s tracks also blend in a fair bit of organ, piano and synth which only adds to the gloomy and grand atmosphere of her music. The subtle rain of keys in the creepy song ‘Aurora’ or the understated, ghostly intro to ‘Lunar Crater’ are examples of this fusing of sound.

Shaam Larein impresses in this debut release. It oozes with potential and quality. Her voice is the centrepiece of Sculpture’s very well crafted songs. One of the most complete and engaging debuts I’ve heard. This is some seriously gorgeous, multi-layered gothy music that resonates on many levels. I’m eager to hear where Larein takes her astounding artistry. Do check this release out!