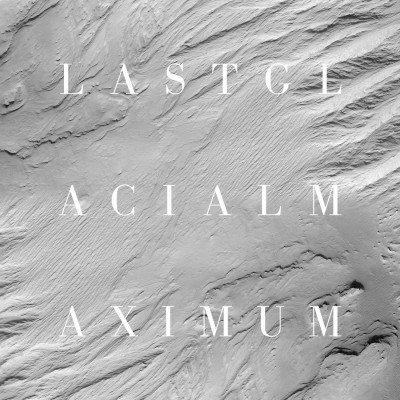 Ambient and drone music has always lent itself easily to impressions of nature. Readily evocative of mountains and skies, forests or the ocean. This can be instinctive on the part of the listener as often as it is the artist’s deliberate intent. Richard Skelton has been making extraordinary music as an emotional response to landscape for more than 15 years now. LASTGLACIALMAXIMUM takes his well developed affinity and casts its mind’s eye backwards more than 20,000 years to consider the British and Irish landscape as it lay deep beneath the ice sheet.

Skelton’s work is usually sparse but here it becomes almost featureless, monochromatic snapshots of a slow steady process. Abandoning any links to the pastoral for some kind of speculative psychogeology, the sound is grey and cold and implacable. By which I mean that, yeah, somehow it does sound like glaciation. There is something subterranean about it and an obscure sense of motion. It’s not actually still, it’s just very, very, slow. So much so that I’m still not sure I’ve been able give it my full attention. Lying in a dark room may be the only way to fully absorb it, any visual information seems too distracting.

The album’s eight tracks are parts of a whole, the barely perceptible distinctions between them apparently reflect what are called ‘Dansgaard–Oeschger events’ during the last glaciation. If, like me, you’re pretty ignorant about this sort of stuff the album opens the door to an educational internet wormhole through which I’ve only just poked my head. The ‘Last Glacial Maximum’ was the most recent period when glaciers were at their thickest and sea levels at their lowest. It is regarded as the last major global climate change which I doubt is entirely coincidental, although nothing is made explicit on that count. If it wasn’t for the album’s title you might not even consider this stuff. The tracks are numbered I – IIIIIIII an unusual formation that continues Skelton’s tinkering with text as visual form and offers a gentle suggestion of layers, or marked time.

This is not an entry level Richard Skelton record. The gentle piano and strings that characterise much of his music seem almost absent. I was several listens in before I really noticed the violinburied in it. His usual purity and clarity is pared back to something dark and austere. There’s little light or melody then, but there is weight and grain to the shifting sheets of drone. Much as a glacier might be indifferent to the idea of a guy making a record about its journey, so this music seems oblivious to the thoughts of any listener. Unconcerned with process or dramatising a narrative Skelton skips any concession to audience and the album is better for it. You have to wonder what he’ll do next, there may be further back and deeper into the earth to go. 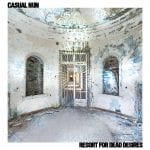 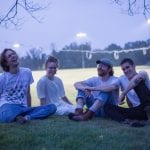 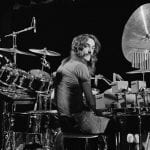 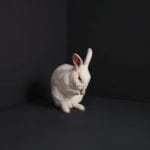