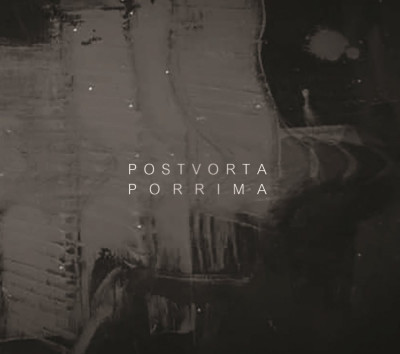 It’s been three years since the cinematic-doom band POSTVORTA released Carmentis, the second album in the trilogy based on the cycle of life. On February 20th, POSTVORTA will deliver the third and final installment with Porrima via Sludgelord Records and 22 Dicembre Records. The album was produced and mixed by Riccardo Pasini (The Secret, Nero Di Marte, Ephel Duath) and mastered by Magnus Lindberg (Cult of Luna). It also includes collaborations with musicians Francesco Bucci (Ottone Pesante), Francesca Grol and Alberto Casadei (Solaris).

Porrima deals with the five phases of mourning: denial, anger, bargaining, depression and acceptance, one track per phase. I believe that the band has successfully delivered on capturing the essence of each of those phases through their music. The music equals the complexity of the subject matter and demonstrates this with a lot of unexpected turns, ebbs and flows. Porrima does not deliver in a straight line but one that curves and twists and eventually leads you to where you need to be.

The album begins and sort of ends (I’ll explain later) with the sound of waves crashing, preparing the mind with a mental cleanse. The track ‘Epithelium Copia’ deals with the first stage of mourning: denial. It’s murky and at around the 3:07 mark this muffled sound/voice starts in and then the guitars begin the auditory onslaught. It was pretty unsettling, especially when listening to it through headphones and at night. I loved the haunting addition of the trombone (Francesco Bucci) on this track.

Where the first track had an ambient start, ‘Vasa Praevia Dispassion’ comes rushing at you with full force with its progressive licks. The first of two twenty-plus minute tracks, the band showcases their talent at knowing when to hold back and letting it all go using the ambient end of instrumental rock and weaving it into their sludge-metal reality. The anger and fervor are real.

The bargaining phase is represented by the track ‘Decidua Trauma Catharsis’. It starts with a synth layer, almost like someone is trying to dial in a radio frequency and soon it goes full out with Nicola Donà’s vocals, guitars, low growl bass and powerful drumming. At around the 7:10 mark, the voice of Francesca Grol starts in. Her melancholic chant coupled with Nicola’s growling vocals sets an incredible contrast. A powerful track that will give you goosebumps with every listen.

The fourth track, ‘March Dysthymia’ deals with depression. It’s an unpredictable track which later includes the voice of Alberto Casadei (Solaris) reciting the poem by Henry Scott Holland, Death Is Nothing At All (La morte non e niente). Another powerful track that ebbs and flows and just when you think you know where it’s heading, it goes in the opposite direction.

The fifth and last track, ‘Aldehyde Framework’ deals with acceptance. It’s an ambient start; calm and introspective. The vocals are far away, in the background with the instrumentation at the forefront before the band goes full out. At just after the fifteen-minute mark it seems the track is about to end as the instrumentation ends and is replaced with the sound of waves, as heard in the beginning of ‘Epithelium Copia’. Not so. Three minutes into this interlude of meditation and introspection, the track morphes into a Mogwai-esque singed instrumentation. A great ending to a well-told story.

Writing and managing concept albums, let alone a trilogy of concept albums, is not an easy feat for any band to take on. POSTVORTA have stayed true to their concept, even with the passage/ravages of time. The band employs an arsenal of genres to execute their ideas and do so successfully. I really love their use of synth on this album and look forward to hearing more of it on future releases.