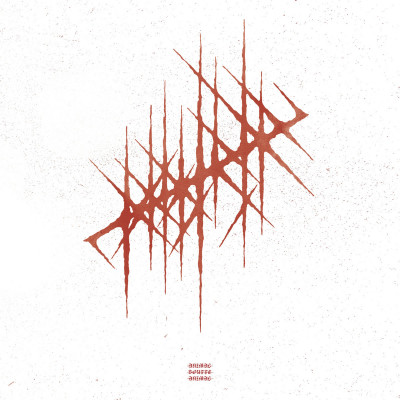 In the last 15 years French post-hardcore has really grabbed my interest, so I had to jump on the chance to listen to some of its stalwarts turn face and release some black metal. Mourir is the brainchild of Plebeian Grandstand bassist Olivier Lolmède and after starting as a solo project has now grown to include members of Toucan, Drawers and the superb Selenites. Additionally it was recorded and mixed by Amaury Sauvé and mastered by Thibault Chaumont whom both feature heavily in the sounds of Birds In Row. The six tracks on debut Animal Bouffe Animal show influences of the members past bands, Norwegian black metal origins and the unique French music scene to deliver a solid debut album with moments of true excitement.

Although the album starts off on a raw black metal footing it doesn’t take long for a more post-black metal sound to come through and it is the experimentation which holds the greatest satisfaction on this release. The aventgarde dissonant guitar in title track ‘Animal Bouffe Animal’ allows all the members to flourish, the drummer is not tied down to matching a black metal style and manages to pound every inch of drum skin available. The vocals shriek and whale without overtly being in a black metal style and everything just builds before heading off into a more traditional finish.

Opener ‘Sentir le Vide’ is a slightly inverse of this as it starts off on the black metal path before melting into an angular brand of anguished vocals and fuller instrumentation. The vocals here sweetly match the guitar tone to give an atmosphere similar to Terra Tenebrosa at its eeriest. Completing the mix is ‘Parole de Hyène’, which drives like a bulldozer in the opening and closing passages but has a midsection of experimentation and the vocal work is superb as it strives over the terrific drumming.

This release manages to mostly avoid hitting too many post or black metal stereotypes. The vocal work and tones of the instrumentation give it an edge away from that which has come before it even though it never sneers at its predecessors. Animal Bouffe Animal is a great debut release and is another innovative marker in the French music scene which continues to produce outstanding talent.