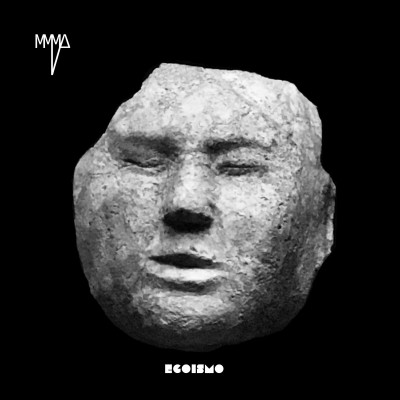 Last seen (heard?) upsetting the locals with their dread-ravaged score to the sinister and affecting folk horror film – Hagazussa – MMMD have since returned to the studio and carved out another low end wonder of equally distressing proportions. At times the reloading chug of their strings bring to mind the darkest valleys of hailed drone overloads, Sunn O))) (particularly during their Black One sessions). Where that band have now opted to take a step towards dusty shafts of sunlight (see reviews for Life Metal), MMMD have burrowed deeper into this churned and eroded terra firma.

Or at least that’s what lead track ‘Awogans’ (‘Arrogance’) seems to signify. With its long, drawn out, beefy drones, we are straight into the Greek duo’s bread and butter. The hairs of the bow delivering a faint rasp as they drag across vibrating strings. Slurs allow this to drone on in a bolshy, muscular, and self-assured tone. Third track ‘Mouth of Gold’ (‘Bouch An Lo’) continues this approach with distant percussion sounds like cataclysmic rain descending upon a corrugated iron roof. It’s as if someone has remixed The Body’s No One Deserves Happiness and, in the process, have chosen to reprioritise all of the instruments. The vocals: gone. The drums: reduced to mere treble and faded down into the background. Drones: front and centre with the volume cranked up to skin-searing levels.

But that’s not the whole story. Egoismo refuses to follow a simple trajectory. The fluttering appearance of gentle chanting on the title track suggests a shift in approach. A rare vocal performance amidst thudding percussion. A clanked bell attempts to ring out but is seemingly muted. The vocals here sound as if they are being breathed from un-tightening lungs. Much like the aforementioned film, this record is careful, patient, and instilled with a sense of foreboding. Of unease. Of something lurking on the periphery, beyond the tree line, just out of sight. It feels as if something is being deliberately held back. MMMD don’t want to show all of their cards at once. They’re prudent in their execution.

‘Separation’ cleaves a way out from this muck-filled ravine, this darkened gully. It would never be easy to escape and, to do so, requires a concerted effort. To peel off a skin and emerge shimmering in a new light. It cannot happen over night. The layers must be shed one by one. And redirecting MMMD in a direction of hope is likely to take many iterations. ‘Bitter Truth’ unleashes further glimpses of this push for redemption. A lighter touch funnels through the doom-laden strings as if providing a way out of the mire. It’s impossible not to be wary, though, as it is the hope that is most likely to lead you asunder.

And wary we ought to be. The finale, ‘Hypocrisy’, appears to battle against the new direction of the band’s evolution. It burrows deeper into the subsonic plains. Perhaps mirroring worldwide battles against nefarious ideologies. It’s always darkest before the dawn. These sound waves can bend glass, shake structures, and rearrange molecules. By listening to it, we change. Not just in terms of mood or poise but physically too. It swarms us where we are least protected. Carefully massaging our inner being. This is heavy music neither for display nor posturing but in a manner that attaches itself to somewhere deep inside of you. It feels heavy. Pins you to your chair like a form of wordless meditation. In the end, the drones have to step aside to allow guitar static to rise up for fear of leaving listeners glued in place by the sheer gravity of MMMD’s sound.

What is there to be said when those who have so vigorously dredged the gloomiest of bass crunching furrows are now searching for beams of hopeful light? Is the world so dark that even these drone mongers now seek solace in luminescence? We can only follow their journey and pray for a little absolution through association. 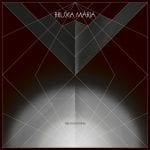