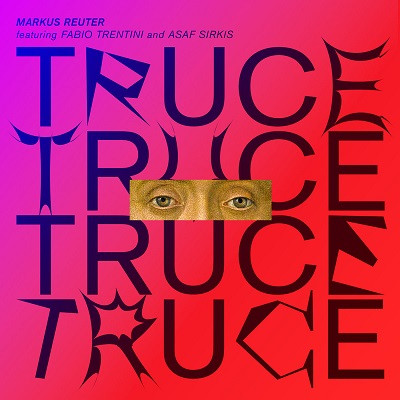 As next year marks the 20th anniversary of MoonJune Records, this year is the label’s 100th release. To start the new release this year is Markus Reuter’s Truce. Now for Markus, he’s been a very busy, busy man. From The Crimson ProjeKCt, centrozoon, and Stick Men, and performing with the legendary Devin Townsend last year during his European Leg tour in 2019 during the time he was promoting his eighteenth studio album, Empath.

This albums shows that while Markus is more than just being a member of both The Crimson ProjeKCt and Stick Men to name a few, but he is creating more ideas that I can ever imagine. And with Truce by featuring Fabio Trentini on Bass Synths and Wal Fretless Bass, and Asaf Sirkis on Drums, he has unleashed another powder keg to push the boundaries even more. Recorded last year on May 15th at La Casa Murada studio in Spain, the trio really get down to business.

They created this beautiful voyage that is completely unexpected. For Markus, he’s always one step ahead for new and upcoming challenges that will await him for the doors to be opened. ‘Gossamer Things’ features Fabio doing a Stanley Clarke-sque motif of the opening riff to ‘School Days’ on his fretless bass. Markus gives him carte blanche by honoring the master.

Reuter channels the styles of guitarist Ray Gomez as he goes into this battlefield mode on a full scale attack. While he’s giving his instrument a real kick in the gut for some action sequences, Asaf brings in the bullets by making it sound like a rapid firing effect on his drum kit.

Both ‘Swoonage’ and ‘Be Still My Brazen Heart’ sees Reuter going deeper into the valleys below with these ambient structures of looking through these various landscapes he makes his instrument cry out to the gods by stepping into the waters of early Tangerine Dream and the end section of King Crimson’s 23-minute suite, ‘Lizard’.

Now hearing a title like ‘Let Me Touch Your Batman’, it shows that Markus has a great sense of humor, but he’s also making this composition sound like an alternate film score as he continues to give Fabio free rein once more by laying down the funk. As Markus makes these buzzing sounds throughout, he sends up the danger that is awaiting in the dystopian world of Gotham City.

It becomes this intensive work-out between the Trio as the mood suddenly changes from this fast-speeding momentum by going into another attack mode as Sirkis punches up the heat gauge to a higher level. The opening title-track sees Markus lightening up the visual scenery by upping the ante. He sets up these traps by making these notes sound like a giant battering ram that is ready to hit at any second. He knows that he’s not stopping for anybody, but you can feel those hay-wiring effects that are really going into town. And for Markus, Fabio, and Asaf, they bring the hammer down with a mighty roar.

Truce is one of Markus’ big challenges this year from the MoonJune label. For Leonardo Pavkovic, who started the label in 2001, has done a lot of work with some of the best amazing releases whether it’s from SH.TG.N, Mark Wingfield, Dewa Budjana, Susan Clynes, or simakDialog, Leo himself has done one hell of a job throughout the 19 years he’s accomplished with the label. And for Truce to be its 100th release this year, let’s just say that things are going to be very interesting and very good for MoonJune Records in 2020.